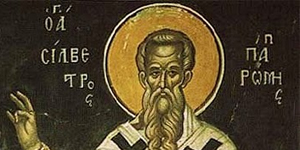 Sylvester was chosen pope in succession to Pope Miltiades (311-314). His pontificate coincided with the reign of the first Christian emperor, Constantine. 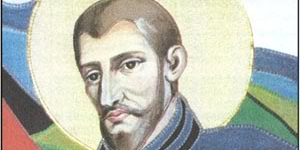 There are similarities between St John-Francis Regis SJ and the Curé of Ars, St John Vianney - holiness, devotion to prayer and pastoral care for souls. 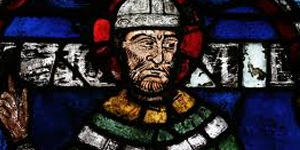 Thomas Becket, archbishop of Canterbury, was assassinated by four barons of King Henry II in the cathedral there on 29th December 1170.

Summary :The Holy Innocents. When Herod realized that he had been deceived by the magi, he became furious and ordered the massacre of all the boys, two years old and under in Bethlehem and its vicinity, , in accordance with the time he had ascertained from the magi. [...]

John was the son of Zebedee, a fisher man from Bethsaida near the Sea of Galilee. With his brother James and Peter, he shared in some of the most significant events in the life of Jesus.

Stephen is the first Christian martyr after Jesus himself. His story is told in the Acts of the Apostles chapters 6 and 7.

Anastasia did many good deeds of generosity and worked many wonders before she herself was burnt to death.  The name means “resurrection”: we pray it is a symbol of the transformation of [...]

Patrick Duffy writes review about the saint and the order he founded.

A pious young of a rich family

There are reputedly fifty-eight Mochuas among the saints of Ireland, but the one celebrated today is associated with Timahoe in Co Laois.

Apart from a short time as a parish vicar, St John of Kanti spent most of his life as a lecturer in philosophy and theology in the University of Krakow.

Frances Xavier Cabrini was the first United States citizen to be canonised. Born in Northern Italy, she wanted to be a missionary in China, but Bishop Scalabrini and Pope Peo XIII directed her towards Italian workers in the United States.

The Jesuit Saint Peter Canisius, born in Nijmegen, Holland, is probably best known for his Catechism written in 1555.

Summary: St Thorlac Thorhallson (1133-93), patron saint of Iceland, travelled to study at Paris, France, and Lincoln, England, before returning to Iceland to become bishop of Skalholt from 1178.

Christianised from a relatively early date

St Winnibald was the nephew of St Boniface. Together they spread the Gospel in Germany in the 8th century.

St Flannan is the patron saint of the diocese of Killaloe. He is said to have been the son of Turlough, King of Thomond.

St Melania the younger was the daughter of Publicola, only son of St Melania the Elder. She was amarried woman and foundress of communities of hermits.

Maybe the most prominent European woman of the tenth century she became the foundress of many monasteries .

In1940, there were pockets of religious persecution in Thailand. In the village of Songkhon, seven Catholics were martyred .

John, small in stature, showed an intense poetic sensitivity and an ascetical strength that enabled him to become a great mystic.

"Our modern age may look at the short life of Lucy and the path she chose as somewhat bizarre...her sacrifice of chastity - alien."

Finnian of Clonard (Cluain Iráird) where there were up to 3,000 monks studying is called "the tutor of the Irish saints"

Damasus was a strong proponent of the papal primacy of Rome, introducing Latin to liturgy Rome, and his care of the catacombs.

Summay: the feast of Our Lady of Loreto. Pope Francis by his own authority has approved that the optional memorial of the Blessed Virgin Mary of Loreto should be inscribed in the Roman Calendar for 10 Dec., the day on which her feast falls [...]

Eulalia of Mérida is Spain's best-known virgin martyr but the Acta of her life are probably not reliable.

In 1531, Juan Diego had a vision of Our Lady which encouraged the conversion of indigenous Mexicans to Christianity.

The Immaculate Conception means is that God filled Mary with grace, and preserved her free from all stain of original sin.

Ambrose was chosen by acclamation of the people to be archbishop of Milan.

There are many stories about St Nicholas: especially about how he became the original Father Christmas.

St Sabas decided to become a monk, and when he was eighteen, went to Jerusalem to see the holy places and visit the hermits who lived there.

Read more
1 2 3 … 16
Online Shop
Holy Mystery
Celebration of the New Universe Story The story of the creation of the universe has been…
€15.00