Summary : St John of the Cross, Priest, Doctor of the Church, born in 1542 at Fontiveros (Spain); died on this day in Ubeda. A Carmelite priest who joined Saint Teresa of Jesus in the work of Carmelite reform and, despite opposition and imprisonment, organised the discalced Carmelites. Noted for his mystical writings, which combine theology and poetry to describe the spiritual journey through darkness to union with God.

Patrick Duffy tells some of the events and facts that are known about him.

John was small in stature, but showed an intense poetic sensitivity and an ascetical 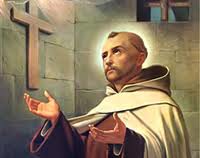 strength that enabled him to become a great mystic.

Early life
John was born in Fontiveros, a small town between Avila and Salamanca in Spain. His father died when he was about a year old and his mother was left to bring up three children in poverty. John was sent to an orphanage where he learned to read and write. However, although he was apprenticed to different trades, John didn’t show himself to be much good at any of them.

Becomes a Carmelite
By fifteen, he was performing menial tasks in a hospital for people suffering from venereal diseases. The administrator of the hospital spotted his intelligence and sent him to the Jesuit College in Medina del Campo, telling him if he got ordained a priest he could be the hospital chaplain. After four years study, John felt an attraction to become a Carthusian, but became a Carmelite and studied theology at Salamanca. One of his lecturers, Fray Luis de Leon, a biblical scholar and poet, inspired him. 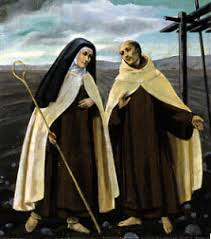 Ordained in 1567 John met St Teresa of Avila on the day he celebrated his first Mass. She had just begun her reform of the Carmelites convents and she influenced John in starting reform among the houses of men. Serious friction developed between the Calced (“unreformed”) and Discalced Carmelites (“reformed”).

John was imprisoned in Toledo, badly fed, interrogated and beaten in an effort to break his morale. A friendly jailer allowed him a candle and by the light of this he wrote his poems, such as The Dark Night of the Soul.

In August 1578, he escaped and found refuge in a discalced Carmelite convent. On the pretext that a sick nun needed confession, the prioress allowed him to stay until an influential canon was persuaded to spirit him away.

Discalced Carmelites
By 1581 the Discalced Carmelites had grown in favour and John became prior of a convent near Granada and deputy-vicar for the province of Spain. It was at this time that he wrote the commentaries on his poem, explaining The Dark Night of the Soul. Both he and St Teresa of Avila stressed the centrality of the concept of nada, nothing; by wishing and asking for nothing, the soul is enabled to “ascend the Mount of Carmel”. 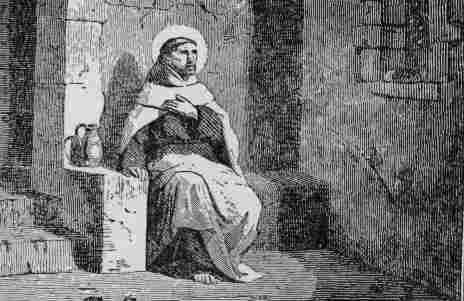 Later trials and death
Teresa of Avila died in 1582. After that John was attacked both by the Calced and even by some of his own Discalced Carmelites. By 1591 he was banished as a simple friar to a remote convent, “thrown away like an old dish cloth“. They even tried to collect scandal about him, but there wasn’t any. By this time he was too sick to care; he had open sores that wouldn’t heal and was in constant pain. He died early on 14th December 1591. However, some friars made a life-size portrait of this remarkable man, which was the basis of later images of him.