20 December, 2012
Summary: St Thorlac Thorhallson (1133-93), patron saint of Iceland, travelled to study at Paris, France, and Lincoln, England, before returning to Iceland to become bishop of Skalholt from 1178.

Christianised from a relatively early date 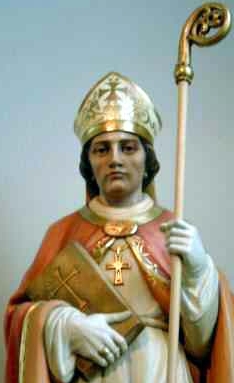 Iceland was Christianised from a relatively early date and may have been a staging post for the bringing of Christianity via Greenland to Viking colonies on the eastern shores of North America many centuries before Columbus and the Spanish missionaries reached it at a more southerly point. There is also evidence of some influence from Irish monks. The first diocese, Skalholt, was established in 1056, and the second, Holar, in 1102. In 1152 both were made suffragan bishoprics of Trondheim in Norway (as were the Western Isles of Scotland and the Isle of Man).

Thorlac, bishop of Skalholt
Thorlac came from a poor family but with aristocratic connections. He was ordained a deacon before he was fifteen and a priest at eighteen. He studied at Paris and at Lincoln for about six years. He may also have visited London. Returning to Iceland in 1161, Thorlac surprised his friends by refusing to marry a rich widow (many other Icelandic priests were married). Instead he founded a monastery of Augustinian canons at Þykkvibær, where he devoted himself to a strictly religious life. In 1178 he was consecrated bishop of Skalholt by Augustine of Nidaros and worked to regulate the Augustinian Rule in Iceland.

Care of the poor
He was more popular with the people than he was with the chieftains; he cared for the poor and needy and was firm and patient in administering justice. He also strove, not always succesfully, to eradicate simony, lay patronage in the appointment of priests and the consecration of churches, and clerical marriage.

Thorlac died on 23rd December 1193. Five years after his death, the Althing – a mixture of a parliament and church synod – proclaimed him a saint. In 1984 Pope John Paul II confirmed this and declared him patron of Iceland.

Most people in Reykjavík go into town in the night to meet others and do the last shopping before Christmas. Fish is usually eaten on Þorláksmessa since December 23 is the last day of the Catholic Christmas fast.

(In western Iceland, it is customary to eat cured skate on this day; this custom spread to the whole of Iceland. The skate is usually served with boiled or mashed potatoes, accompanied by a shot of Brennivín, the Icelandic schnapps.)