Summary of St Stephen, martyr. Stephen’s only “crime” was to have spoken hard truths that his audience did not want to hear. So the frenzied mob put him to death by stoning. Under the rocks crushing out his life, Stephen commended his spirit to Jesus, and with his dying breath, prayed for his killers.

Stephen is the first Christian martyr after Jesus himself. His story is told in the Acts of the Apostles chapters 6 and 7. His cult spread widely from Jerusalem to Constantinople, north Africa, Rome and Prague.

Patrick Duffy summarises what is known about him.

A Hellenistic Jew
Stephen was probably a Hellenistic Jew. When the number of disciples was increasing, the Hellenistic Jews complained against the Hebraic Jews that their own widows were being overlooked in the daily distribution of food, Stephen was among those chosen by the apostles to be one of the seven deacons appointed in charge of the distribution of alms to the faithful and especially the widows. But as things turned he also had a charism for preaching. Perhaps it was because of his witness that deacons later took on the ministry of preaching.

Engaged by the Hebraic Jews
Certain Jews engaged Stephen in argument and made false charges against him. Stephen’s powerful discourse as recorded in Acts 7 argues that God had always found a way to look after his people in the history of salvation, but that all the institutions like the Mosaic Law and even the Temple were temporary institutions that had been fulfilled in and superseded by Jesus. Jesus, Stephen argued, was the prophet promised by Moses and the New Temple whom the Jews – “stiff-necked and uncircumcised of heart” – had destroyed and put to death. They, the Jews, had resisted the Holy Spirit! 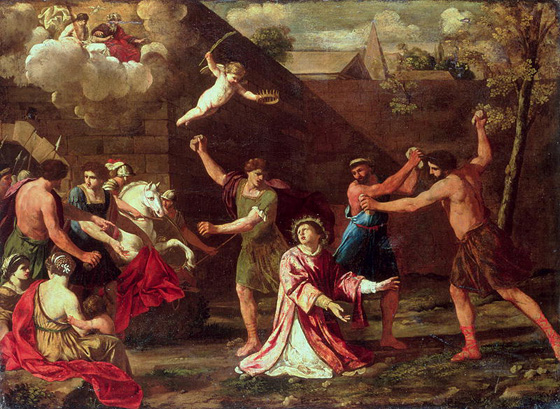 Stoned to death
Without any trial, the Jews stoned Stephen to death for blasphemy. A vision of Jesus standing at the right hand of God consoled him. Saul (later Paul) was present at the stoning and consented to it. The witnesses laid their clothes at Saul’s feet (Acts 7:44-57).

His cult
The feast of St Stephen is listed in the Martyrology of Nicomedia (361 AD), the Syriac Martyrology (411 AD) and the Lectionary of Jerusalem (415-7 AD). The date of the feast at Constantinople was fixed at 27th December as the Mother of God was initially celebrated on 26th December. Stephen’s relics were reputedly discovered in Jerusalem and transferred to a basilica constructed in his honour (439) there. Rebuilt a number of times, it stands near the Ecole Biblique. The spread of his relics – in Prague, north Africa, Constantinople and Rome – helped to foster devotion to him.

The Basilica of San Stefano Rotondo in Rome 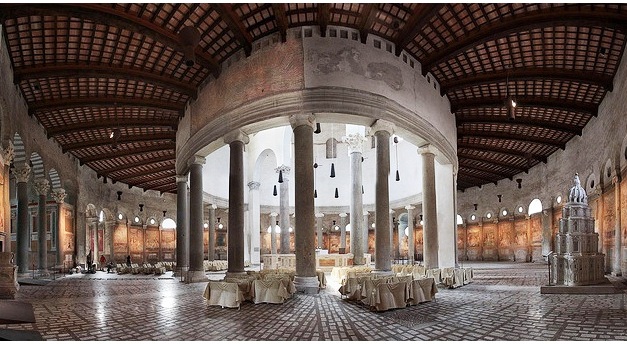 The first church in Rome to have a circular plan, inspired by the Church of the Holy Sepulchre in Jerusalem, was the Basilica of San Stefano Rotondo, close to the Pontifical Irish College in Rome. c/f image to the right. It was consecrated by Pope Simplicius between 468 AD and 483 AD.