Jeanne took in distressed and abandoned orphans, single mothers and prostitutes and began living a truly spiritual life, so much so that she eventually closed the family business to concentrate more on work for others.

Stephen was the first Christian king of Hungary. He established a stable Christian culture in that part of Central Europe.

Aug 15 – The Assumption of the Bl. Virgin Mary

Since death is a consequence of sin, it was fitting that in the case of Our Lady, due to her her freedom from original sin and personal sin, she would have protected her from the general law of death.

One of the menselected for immediate death cried out, saying he had a famil. Maxamillian volunteered to take his place and this was accepted by the Nazi commander.

Fachtna founded a monastery and school in the Rosscarbery area which became a celebrated seat of learning and gained an international reputation for study of sacred scripture.

St Muiredach may have been the founder of a monastery on the island of Inishmurray, seven kilometres off the coast of Mullaghmore, Co Sligo.

<<<This old  image  shows the Cathedral of St Muiredach, Ballina, which [...]

Summary St Attracta: When St Patrick is said to have founded a nunnery at Coolavin, he appointed Attracta as its first abbess. It was called after her Cill Adhracht (“Attracta’s church”, English Killaraght).

"Sometimes put yourself simply before God, certain of his presence everywhere, and without any effort, whisper very softly to his sacred heart whatever your own heart prompts you to say."

When Clare was very sick and confined to her cell, she began to see the convent Mass on the wall of her room as if she was present there herself. Pope Pius XII in 1958 proclaimed her patroness of television.

Just before he died, Lawrence called out jokingly to his executioners who were burning him to death, "Turn me over. I'm already roasted on this side."

Summary: St Nathy (6th Century)    A pupil of St Finian of Clonard, he had a reputation for holiness. St Finian put him in charge of a monastery at Achonry. It is probably for this reason that, sometime after the diocese was formally erected at the Synod of [...]

Born into the jewish faith, the road to faith in Jesus Christ was not an easy one for Edith

St Felim of Kilmore (1) 6th century patron of Kilmore diocese. Very little is known about this hermit Felim around whom a monastery grew up and later a cathedral.

Patrick Duffy explains some of the background.

Dominic was a man who pursued his dream and who remained faithful to his calling even when he found himself in the midst of failure. T

Summary of Pope St Sixtus & Companions, Martyrs. They died on 6 August 258, martyred the year after his election as bishop of Rome during the persecution of the emperor Valerian. According to his contemporary, Saint Cyprian, he was “not so much killed as crowned, ” along with [...]

Cajetan worked hard for the poor and the sick and founded a hospital for incurables. 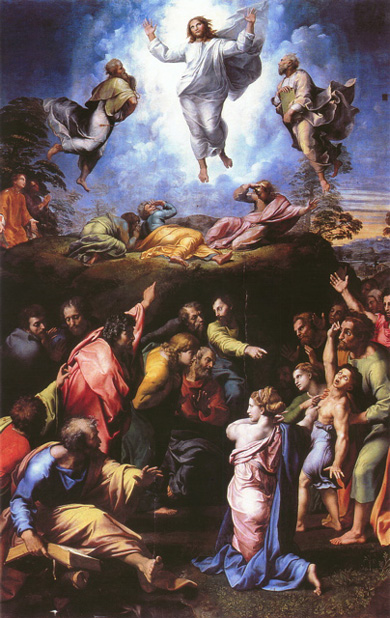 Matthew says Jesus "was transfigured before them. His face shone as the sun: his garments became white as snow". (Mt 17:1-6

Mary was excommunicated by the Bishop of Adelaide for insubordination and disobedience. Mary took it all with patience and good humour. Later the bishop admitted his mistake

Summary of  St Oswald, king and martyr. There are two St Oswalds in England: one lived in the 7th century; he was the King of Northumbria who brought St Aidan to Lindisfarne; his feast is on 5th August. (The other was a 10th century monk and bishop of [...]

John Vianney preferred to show the attractive side of virtue rather than the ugliness of vice.

In his later years Alphonsus suffered badly from arthritis. -patron of arthritis sufferers

Summary: St Ignatius of Loyola, Priest, Religious. Born at Loyola (Spain) in 1491; died on this day at Rome in 1556. A Spanish nobleman trained in diplomacy and the use of arms, wounded in battle against the French. The experience of conversion while convalescing led him [...]

Martha : the woman of faith, who said: "I believe that you are the Christ, the Son of God, the one who was to come into the world"

Read more
1 … 5 6 7 8 9 … 16
Online Shop
Comfort My People
CD inspired by the beautiful Advent and Christmas scripture imagery, this album speaks to the hearts…
€14.00