Summary: St Cajetan is  the founder of an institute for the reform of the clergy who worked in Rome, Vicenza and Naples in the 16th Century.  (It is important to distinguish this Cajetan from his contemporary Thomas Cardinal Cajetan O.P. (Giacomo de Vio 1469-1534), a Dominican neo-scholastic theologian and examiner of Martin Luther at the Diet of Augsburg in 1517.) 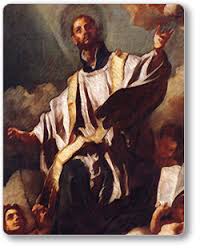 Cajetan dei Conti di Tiene was born in Vicenza in the republic of the Veneto. He was of noble family, the youngest of three brothers. His mother played a strong part in developing his piety. After attending college at Vicenza he studied law at Padua where he attained a doctorate in both civil and canon law. He then went to Rome where became a diplomat in the service of Pope Julius II and won over the Venetian Republic.

Ordination as priest and reform of the clergy
Ordained a priest in 1516, Cajetan worked hard for the poor and the sick and founded a hospital for incurables. He had the idea of forming a community that would combine monastic spirituality with active ministry. The emphasis would be on the three functions of preaching, administering the sacraments and celebrating the liturgy. What he wanted was to restore true apostolic life among the clergy at a time of great corruption. 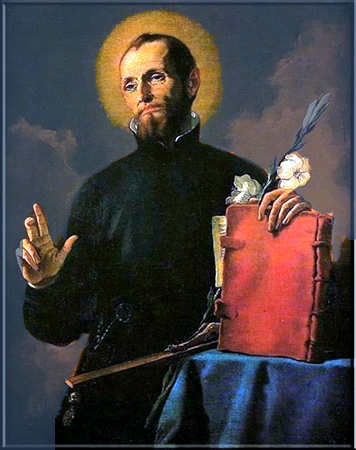 St Cajetan, founder of the Threatines

The Theatines
Along with John Peter Carafa, who later became Pope Paul IV, and two others, he formed an institute of clerks regular. They got the name the specific Theatines from the Latin name for Chieti (Theate), where Carafa had been bishop; he resigned and became the first superior general. The name helped to distinguish them from other reforming orders of the time, like the Jesuits, the Barnabites and the Somaschi.

From Venice to Naples
After the sack of Rome in 1527 Cajetan returned to Venice and during three years he directed the religious institute he had founded. In 1533 Carafa transferred him to Naples where he lived for the next fourteen years. He encouraged the growth of what were called monti di pietà (were they the first credit unions?) offering financial loans at a moderate interest to those in need to keep them out of the hands of usurers. His congregation also cared for incurable syphilitics. Worn out by his apostolic labours, Cajetan died in Naples at the age of sixty-seven.

Subsequent Theatine influence
Many illustrious names of the Italian aristocracy later joined the Theatine order – among them was liturgical scholar St Joseph Mary Tomasi (1649-1713) who was canonised by Pope John Paul II in 1986. The Theatines also founded many beautiful churches, including that of Sant’Andrea della Valle on the Corso Vittorio Emmanuele in Rome. They were also the first to found papal missions in foreign lands – India, Burma, Persia and Peru. At present the order has 33 houses and 189 members, of whom 133 are priests, mostly in Italy, Spain, Latin America and the USA.