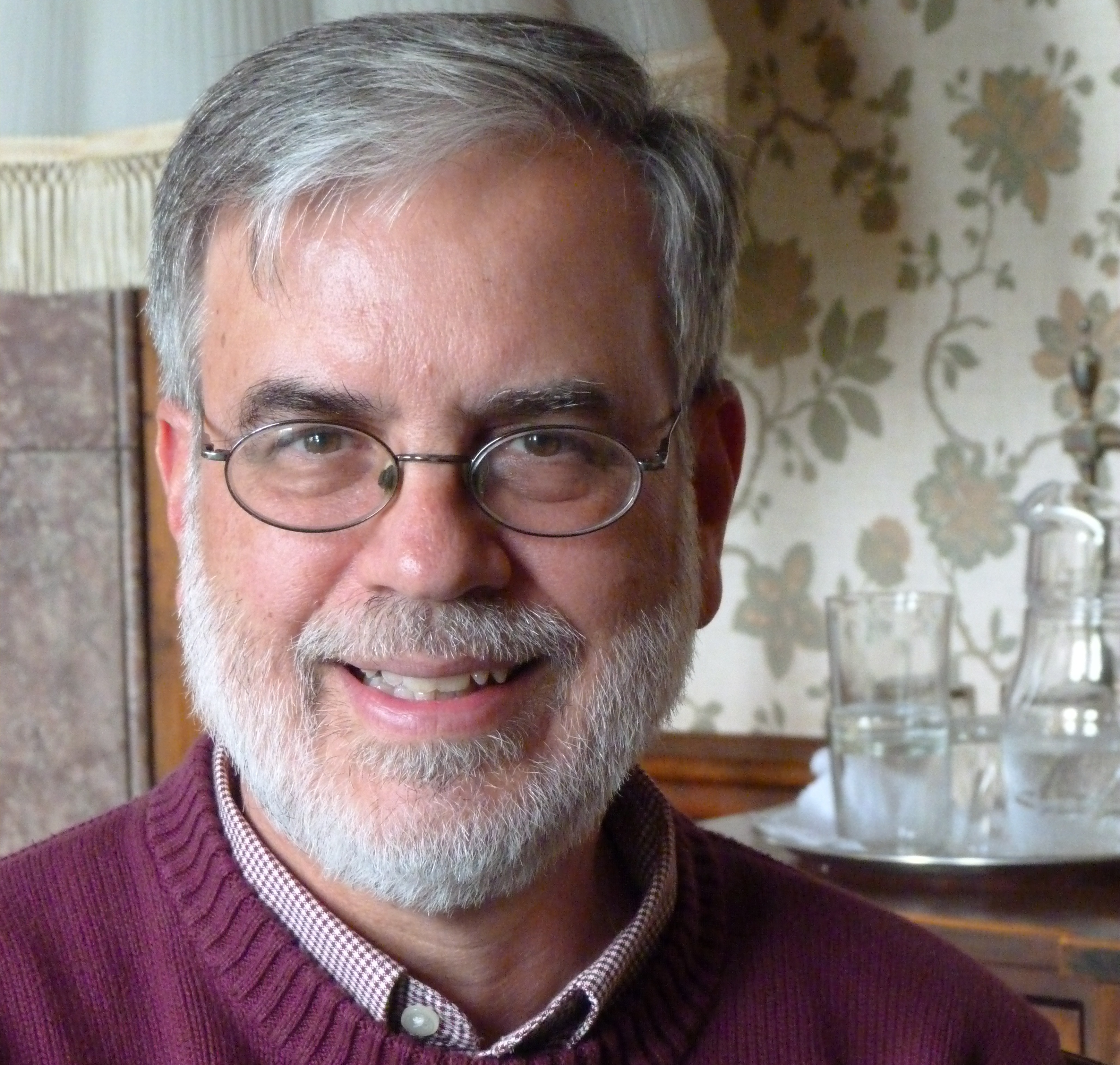 Dynamic tension between theology and spirituality needed says US academic

Where to from here?

Eschatalogy is the branch of theology that deals with "the four last things". Brian Grogan SJ's book is a fresh and hopeful look at the Christian vision of life after death.

Will There Be Faith? Depends on Every Christian

The challenge implied in the title is a serious one. T. H. Groome is hopeful that the theme - 'bring life to faith and faith to life' - will give new energy to the task of developing faith. 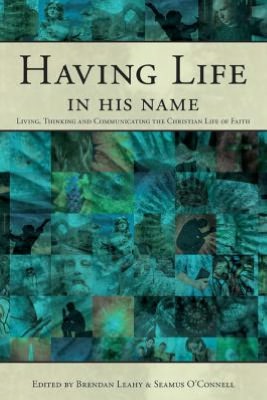 Having Life in His Name: Living, Thinking …

This book, a festschrift in honour of recently retired Professors Tom Norris and Michael Mullins at St Patrick's College, Maynooth. Edited by B. Leahy and S. O'Connell. 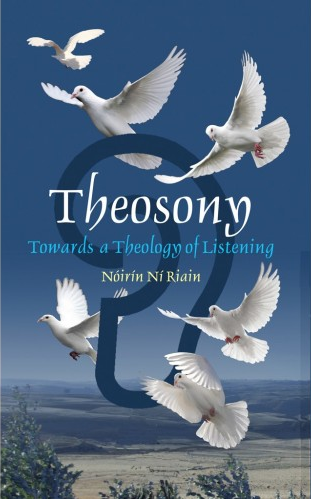 Theosony: towards a theology of listening

"Faith comes from hearing," says St Paul in Rom 10:17, but Nóirín Ní Riain believes that this oral experience by which we come to Christian faith has been neglected in Western theology. 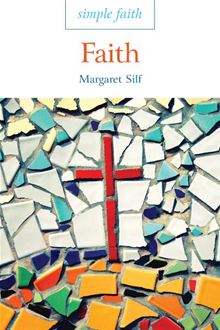 This book sets out in a simple but profound way what faith is in our contemporary world. It sees it as a journey of trust.

Compendium of the Catechism (2005)

This Compendium is a synthesis of The Catechism of the Catholic Church and contains, in concise form, all the essential and fundamental elements of the Church's faith.

What about the rest?

Miriam writes: In the Apostles’ Creed every Sunday we say ‘we believe in one, holy, Catholic and apostolic Church…’ Does this mean that members of other religions won’t be included in God’s salvation – only Catholics? Weren’t Jesus himself and his earthly parents practising members of the Jewish faith? Fr [...]

On being a Christian

Probably the best modern book on Christianity, this classic from Hans Küng was written in 1974 and has been re-issued in 2008 by Continuum Books. Küng himself regards it as his “magnum opus” and says of it: “It seeks to bring to light for this present time the original Christian [...]

The problem of atonement

Sean O’Conaill points out the cultural origins and the defects of theories of atonement and satisfaction, seeing Christ’s sacrifice instead as God’s refusal to enter the cycle of violence and retribution which characterises human relations.

The pope’s intention for this month is: “that all baptised people grow into a mature faith, and manifest it by the choices they make in their lives”. Conal Ó Cuinn SJ illustrates the stages we go through as we grow in maturity of faith.

There was a time, says Paul Andrews SJ, when the Irish Church needed the metaphor of the light of the world. for instance, in famine times when it gave us an identity to survive misery. Perhaps now it is time for another image: yeast in the dough, working for good [...]

A brief summary of the fourteen encyclicals of Pope John Paul II, by Dermot Roantree.

Creed of love: reflections on the Apostles Creed

Billy Swan’s “Creed of Love” is an exploration of the gift of faith and examines among other issues the importance of the Apostles’ Creed to our lives today, the connection between the Church and faith in a post-modern society and the questions asked by believers in the wake of scandals [...]

Is faith delusion? Why religion is good for your health

“Admitting to belief in God and having Christian faith is currently regarded as a taint, revealing that one’s sanity is impaired”. This is the starting point of Andrew Sims’s exploration of the relation between religion and mental health and his critique of Richard Dawkins’s “The God Delusion”. He thoroughly justifies [...]

Seán O’Conaill questions the merit of a ponderous faith, full of abstract truths and right answers, and he makes a plea instead “for something we can carry lightly as a source of happiness and wisdom for ourselves and others”.

Frank writes: I brought up my children in the faith, but none of them goes to the sacraments any more. They are married now with their own children. I worry for my grandchildren, who have no religious instruction in their home. Bernard McGuckian SJ responds.

Taizé – a parable for today

Fr Peter Sexton writes about Taizé, that in itself is a ‘parable of community’ and brings reconciliation between divided Christians and separated peoples. He explains how it brought healing to one of his students.

The God I believe in and why

In this book, Maurice Reidy meets with four people: two are believers and two are not and explores their experiences of religious belief and unbelief. He shows that to believe in God is a reasonable decision and one that can be sustained. He concludes with a personal account of his [...]

The incarnation: a cosmic mystery

Kathleen Coyle SSC, who lectures in theology in Manila, considers the full cosmic significance of the incarnation and the sacramental character of creation.

Paths to enlightenment: one man’s story of a mid-life crisis

Seán O’Conaill looks back at a personal crisis of faith and how it led him to perceive that the Church only makes sense when understood as an extension of Christ’s self-effacing and self-giving.

Question: Nowadays there is quite a lot of emphasis placed on praying to the Holy Spirit. I don’t know much about him. What is his role in the world today, and is it different from that of Jesus? Paul.

Christ in practice: a christology of everyday life

What in Hell can we believe?

Hell, for many people, is a fiery place full of horned creatures wielding pitchforks. Theologian Lawrence Cunningham explains what the church really teaches.

Jesus and the individual

Sean O’Conaill draws attention to Christ’s stress on the importance of the individual, but he warns that this is radically different from present-day individualism. Instead, it is an invitation to join Christ on his “downward journey”.

Amanda writes: How sure can we be that there will be second coming of Jesus Christ and a bodily resurrection of all the dead at his coming? I find that I cannot believe this at all because a return of Jesus with a Universal Resurrection gives rise to many questions. [...]

Profiles of “the movements” in the Irish Church

Below is a list and introductory note on the nine main “movements” or dynamic Catholic organisations that have emerged since Vatican II and are active in Ireland today. Patrick Duffy then provides a short profile of each.

Theology in the making

Gesa E. Theissen & Declan Marmion have compiled biographical accounts from more than a dozen international theologians who have worked in Ireland in order to remind us that theology does matter. They discuss such issues as their call to study theology, the figures that have influenced them in their studies, [...]