Dynamic tension between theology and spirituality needed says US academic 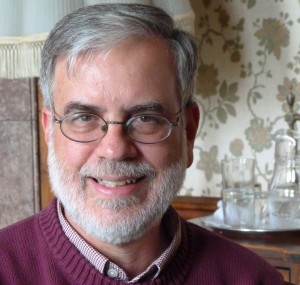 There needs to be a dynamic tension between theology and spirituality rather than a separation of the two or the promotion of one over the other, according to a leading American professor of Christian spirituality.

Professor Arthur Holder, who is Dean of the Graduate Theological Union in Berkeley, made his comments to CatholicIreland.net before he delivered the third Dr William Johnston SJ Memorial lecture in spirituality at All Hallows College in Dublin recently.

His talk was attended by 240 students, academics and members of the public.

Entitled ‘Faces of Spirituality: Experience and Text’, the lecture explored the relationship of religious experience to sacred text and looked at when experience becomes a challenge to the authority of the text.

He said “spirituality without theology is just raw emotion while theology without spirituality is not the knowledge of God – it is just dead words on a page.”

Referring to the spirituality movements of the last 50 years since Vatican II, he said what they had done was to crack open the shells that have been built around the theology and they had allowed people to ask questions afresh.

Of the new awareness of the global connectedness of people throughout the world, he said this gave believers an added responsibility. “We have to be accountable for our brothers and sisters in the wider family than we were when we didn’t have the internet and therefore didn’t have to think about them.”

A sense of openness and connectedness can lay the foundation for a refreshment, he commented.

“That is the challenge for every generation: what is the word today,” and he added, “It is spirituality, as I understand it, which makes that possible because the study of spirituality is to be attentive to what is happening in the world and the need to be aware of where people are hurting; where the challenges are in the world – all the kinds of things that people in their daily lives deal with every day.”

“I think theology is very important but it should not just be about shouting words down to people and telling them what to do. There needs to be a real dialogue. I would hope that is the direction that we are going in.”

Elsewhere, discussing the nature of freedom, Professor Holder suggested that it is only meaningful within a structure.

“So freedom is not the opposite of structure; it is, as Dante says at the end of the Paradiso, ‘In his will is our peace.’ It is finding your place in the universe – your place in God’s plan. It is where you are meant to be – that is freedom.”

The Anglican priest, who is an expert on Bede told CatholicIreland.net that he grew up as a Methodist in the southern part of the United States in Atlanta, Georgia but joined the Episcopal Church after university where he had been a member of to “an intentional Christian community that would in some ways fall under the rubric that we now call New Monasticism.”

Of Bede, he said he greatly appreciated the manner in which the medieval scholar reads a biblical text. “He sees multiple meanings and I love this.” Citing Bede’s commentary on the Song of Songs, Professor Holder said he takes a particular verse and examines a number of possible ways to interpret it and its richness of meanings.

He also praised Bede’s appreciation for the contributions of different language groups, different cultural groups, different theological perspectives of his time and he suggested that this was something that was “very pertinent to our world today as we are becoming more and more cosmopolitan and as we realise that the world is everywhere.”

In his lecture at Woodlock Hall in All Hallows College, Professor Holder addressed the packed hall on religious experience beyond the sacred text.

In his address, he said that if experience as sacred text has sometimes been controversial in the history of Christian spirituality, then this was even more true of experience beyond the text.

The fear has been that religious experience will lead people into beliefs and practices contrary to scripture, or to the denial of the authority of scripture itself.

He cited four different ways in which experience might be said to go beyond the text and one of these referred to the kind of experience untutored persons are afforded through mystical visions or revelations giving them insight into the things of God even without the benefit of Holy Scripture.

He said that at first glance this might seem to be the case with Juliana of Cornillon, a thirteenth-century French beguine best known as the originator of the Feast of Corpus Christi.

According to the Latin hagiography which is a reworking of a lost French version by her friend Eve of Liège, Juliana had rapturous visions of Christ and the Trinity in which she understood “all the articles pertaining to the Catholic faith . . . , she had no need to consult masters or books about them.”

But he underlined that the hagiographer also tells us that Juliana had studied the Bible in both French and Latin, and was familiar with the writings of Augustine and Bernard.

“Many supposedly untutored recipients of divine revelation, both women and men, turn out to have had varying degrees of instruction in the sacred text,” he said.