New UN Day of remembrance for victims of sectarianism must lead to concrete action, says ACN 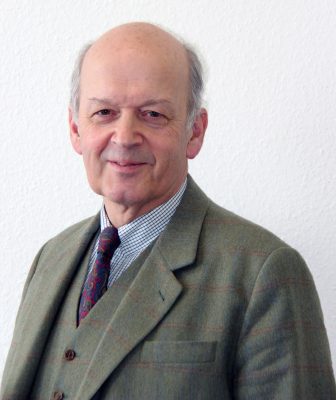 Yesterday was the inaugural UN Day Commemorating the Victims of Acts of Violence Based on Religion or Belief.

The international head of Aid to the Church in Need (ACN), Dr Thomas Heine-Geldern, called the day “a signficant milestone”.

He called on governments and the international community to mark the new UN day with “concrete action”.

“This new day commemorating the victims of religious violence is an important step towards ensuring that more attention is paid to persecuted Christians in the future,” Dr Heine-Geldern said.

“It is important that 22nd August does not become an end in itself, but triggers a process that motivates the international community to implement a coordinated plan of action to end religious persecution and prevent it in the future.

“It is the duty of the United Nations, governments and political actors to enforce the human right of freedom of religion. This symbolic day must be followed by action.”

During a meeting of the UN General Assembly last June, 22 August was designated as a day for remembering the victims of religious-based violence , and the resolution agreed by state representatives included the words: “Terrorism and violent extremism in all its forms and manifestations cannot and should not be associated with any religion, nationality, civilisation or ethnic group.”

ACN’s international executive president added: “As an organisation that has been dedicated to helping suffering Christians for over 70 years, all of us at ACN are very excited that the United Nations has made this announcement.

“This has long been overdue. All religious communities regularly fall victim to violence, but as international reports on religious freedom confirm time and again Christians are, unfortunately, the group that is most persecuted.”

Christians are persecuted especially in the Middle East, Africa and in south-east Asia by groups such as Boko Haram, Daesh (ISIS) and Al-Shabaab. In all, last year ACN supported more than 5000 projects in 139 countries.

The new UN day was also welcomed by the World Council of Churches, who noted that the inauguration yesterday coincided with its weekly “Thursdays in Black” observance, which protests against all forms of abuse and violence. The Thursdays in Black observance is led by the World Council of Churches and dates back to an initiative by the “Mothers of the Disappeared” in Argentina in the 1980s, when women would wear black every Thursday to protest against continued state violence.

The World Council of Churches noted that violence in the name of religion is perpetrated by states and non-state groups, with that violence including discrimination, persecution, arbitrary arrests or detention, enforced disappearances, sexual violence and killings of many people. Victims have included religious minorities, individuals who are not religious, LGBTI persons, children, and women who face many forms of discrimination and gender-based violence.