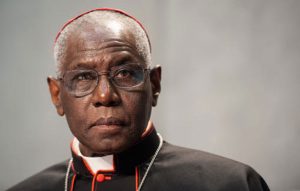 According to Catholic News Agency (CNA), it is believed that 11 Nigerian Christians have recently been executed by a terrorist group linked with Islamic State. A video was released on 26 December showing the beheading of 10 hostages and the shooting of an eleventh. The killings were supposedly revenge for the deaths of some IS leaders in a raid by the US in October.

The IS claimed that the executed were abducted in the last few weeks from the Maiduguri area in Borno state. Some church leaders believe this act of violence might foreshadow increased Islamist terrorism in Nigeria: “This latest development gives serious cause for worry, especially in the wake of the latest move by the federal government of Nigeria to throw wide the borders of the country for anyone who wishes from any part of the continent to come in without visas and proper documentation…We are indeed concerned that this decision would facilitate the influx of more of these terrorists from other parts of Africa into Nigeria,” said Fr Achi, director of communications in Nigeria’s Diocese of Enugu, to ACI Africa. He also emphasised that Christians have been apprehensive as they see themselves as the “clear targets of the endless acts of terrorism being witnessed in the country”.

Cardinal Robert Sarah, Guinean prelate of the Catholic Church, tweeted about the recent executions: “In Nigeria, the murder of eleven Christians by mad Islamists is a reminder of how many of my African brothers in Christ live faith at the risk of their own lives. These baptized are martyrs. They have not betrayed the Gospel.”

Some church leaders, such as Archbishop Ignatius Kaigama in Nigeria, see the recent IS terrorism as an attempt to raise antagonism and hostility between Christians and Muslems in the area. Speaking to Vatican Radio, Archbishop Kaigama said, “They are trying to create a situation of war…They want to see Muslims and Christians fighting.” The archbishop also believes that IS hopes to have “the upper hand” and to “destroy Christians, take over the country and even the neighboring countries.”

As our brothers and sisters are killed for their faith in Nigeria and across the world, we must remember to keep the millions of persecuted Christians across the world in our prayers daily.