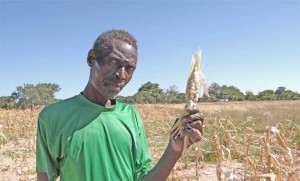 The official overseas development agency for the Catholic Church in Ireland has appealed to the public to lobby politicians over the proposed Climate Action and Low Carbon Development Bill.

Trócaire welcomed the publication of the long-awaited bill earlier this month, but says that, as published, it does “little to address Ireland’s responsibilities towards lowering our carbon emissions and working towards climate justice.”

Trócaire maintains the bill is deeply flawed as it fails to set a numeric target for emission reductions for the future.

“This is a fundamental flaw, as it means there is little concrete direction for the coming years. In place of a numeric target, an alternative option is to define what is meant by low carbon, which would at least provide some clarity.”

But the bill does not do this.

Instead it sets out a more generalised purpose of enabling the State make a transition to a low carbon economy by 2050. There is no specific definition of “low carbon economy” in the legislation.

Trócaire  is also critical of the fact that the body tasked with giving advice to the Government on climate change matters is not independent, despite the advice from the Environment Committee that all members should be independent of State or stakeholder interests.

Instead the Bill provides for a body of no more than nine members, four of whom represent state bodies.

In 2011, Tánaiste Joan Burton declared to the UN General Assembly that there was “a compelling case for ‘climate justice’ – bringing developmental fairness to bear on the climate change agenda”.

However there is no reference to climate justice in the Climate Action Bill.

“The Climate Action Bill is about mapping out a strong and sustainable future for Ireland. It is also about ensuring that Ireland lives up to its global responsibilities. As a nation that has benefited from our own development to date, we need to do our fair share,” comments Orla Quinn from the Trócaire campaign team. 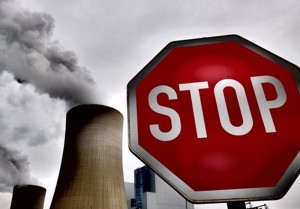 Most worryingly, she says the Government’s recent decision to extend the one year deadline to produce a national mitigation plan to two years gets them ‘off the hook’.

“The last national climate change strategy expired in 2012 and now we are told that we may have to wait until 2017 for its replacement and before the next Government start to take climate action. This is not good enough.”

“The poorest people in the world are suffering as a result of the failure of wealthy countries to place any urgency on this issue. Climate change has already thrown communities we work with in the developing world into a constant state of emergency,” she told CatholicIreland.net.

Noting that time is short before the Bill becomes law, the agency has appealed to people to “tweet and meet” their local politicians.

“They are the people who are ultimately responsible for strengthening this Bill,” says Ms Quinn.

To that end, Trócaire has arranged a ‘Stop Climate Chaos’ lobby event in Buswells Hotel, Dublin 2, on 10 February 2015 and is appealing to members of the public to invite their politicians to it and come along themselves.

If they cannot do so, the campaign team suggests that people lobby their TDs and set up a local meeting to discuss the issue.

“Our aim in the Trócaire campaigns team is to get our supporters engaged in both meeting with their local politicians, in addition to tweeting them directly about getting this critical Climate Bill strengthened before it is enacted,” Orlagh Quinn told CatholicIreland.net.

“Climate Change is a major driver of poverty throughout the developing world and Ireland needs a strong Climate Bill to ensure we are playing our role in reducing carbon emissions. We are really urging people to attend and lobby their TD at the Stop Climate Chaos event in Buswells Hotel, Dublin 2 on 10 February from 11am.”