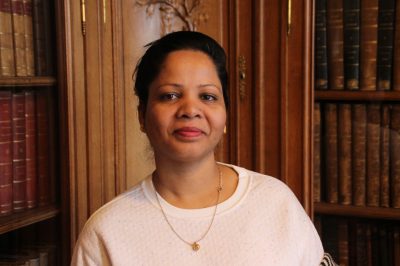 Asia Bibi © Aid to the Church in Need

Speaking with Catholic charity Aid to the Church in Need (ACN), Asia Bibi, the first woman to be sentenced to death for blasphemy in Pakistan (and subsequently set free), made a heartfelt appeal to Pakistan’s Prime Minister Imran Khan on behalf of the country’s religious minorities. She asked him to intercede in cases where underage girls are abducted and forced to convert and marry.

Responding to the plight of two such kidnapped Christian girls, Huma Younus and Maira Shahbaz, Ms Bibi said: “I know that these girls are being persecuted and I appeal to the Prime Minister of Pakistan, Imran Khan: ‘Please help our young girls, because none of them should have to suffer like this.’”

Aged 14, Maira Shahbaz from Madina, Punjab, was abducted at gunpoint in broad daylight during the coronavirus lockdown in April 2020 and is now living in hiding for fear of her life, having escaped her captor. Huma Younus was also 14 when she was seized from her home in Karachi last October; she remains with her abductor.

Ms Bibi added: “At the moment of the founding of Pakistan and its separation from India, our founder, Ali Jinnah, in his opening proclamation guaranteed freedom of religion and thought to all citizens. But today there are some groups who are using the existing laws, and so I appeal to the Prime Minister of Pakistan – especially for the victims of the blasphemy laws and the girls who have been forcibly converted – to safeguard and protect the minorities, who are also Pakistani citizens.”

Under sections 295 B and 295 C of Pakistan’s blasphemy laws, offences against the Qur’an receive a sentence of life imprisonment and insults against the Prophet Mohammed are punishable by death. Asia Bibi’s death penalty conviction for blasphemy was overturned in October 2018 by Pakistan’s Supreme Court, after she had served almost a decade in prison.

Ms Bibi said: “As a victim myself, I am speaking from my own experience. I suffered terribly and lived through so many difficulties.” She hoped future abuses of the blasphemy laws could be avoided.

Ms Bibi went on: “Pakistan is not just about minorities or majorities – Pakistan is for all Pakistani citizens, so therefore the religious minorities should also have the same rights of citizenship, and the law in Pakistan says that everyone should be able to live in freedom – and so this freedom must be guaranteed and respected … I thank the Holy Father Francis and also Pope Benedict who interceded for me as well, and I thank ACN and all the other people who prayed for me.”