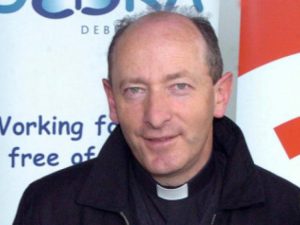 A special meeting which took place last week to discuss the future pastoral needs of the diocese of Waterford and Lismore has been described as positive by participants.

The meeting was organised to explore ways in which the diocese can respond to the pastoral needs of parishioners in light of the declining numbers of priests.

Currently, 50 per cent of priests in the diocese of Waterford and Lismore are over 65 years of age, with one priest under 35. There are five Co. Waterford parishes without a resident priest: Modeligo, Tallow, Clashmore, Dunhill and Fenor and Butlerstown.

It was this future pastoral leadership of the diocese that was discussed in detail at the conference. This week the Munster Express newspaper in Waterford reported that the meeting had gone down very positively with participants.

Fr Gerard Garret, a canon lawyer from the neighbouring diocese of Cork and Ross, addressed the gathering and outlined a number of new models of pastoral leadership that the diocese could utilise.

One such model could see the pastoral care of a number of parishes being entrusted to a team of priests, with one priest acting as a moderator for the team. Fr Garret told the meeting that this model allows for the pooling of resources such as administrative staff, joint production of newsletters and servicing of websites.

A number of participants also put forward the idea of the permanent diaconate in the diocese, and felt this should be a paid position, as the role will essentially be a full-time one in parishes that do not have priests. Indeed, the meeting heard that one parish in the diocese is actively recruiting and fundraising to hire a full-time pastoral worker.

As well as the priests of the diocese, a number of members of the laity also attended. Bishop Cullinan also invited two members of the diocesan committee responsible for the preparation for the World Meeting of Families which is set to take place in Dublin in August 2018 and is expected to include a visit to Ireland by Pope Francis.

Bishop Cullinan became Bishop of the diocese of Waterford and Lismore, which consists of some 155,000 people across Co. Waterford as well as parts of Tipperary and Cork, in 2015. Asked on his appointment if he was concerned about the lack of vocations, he said “Of course. That is a worry for every bishop. Right across the country it is true we are in that time of the Church in Ireland now where vocations are down.”

He pointed out, however, that there have been other times in the Church’s history when vocations have gone “up and down” and said that in other parts of the world vocations are burgeoning and attendances are growing.

He added, “It’s always a struggle for the Church; it’s never plain sailing. Right now one of the struggles in Ireland is looking for vocations. But I believe the Lord is still calling and people are still being called. Maybe they just can’t hear right now, the call of the Lord.”