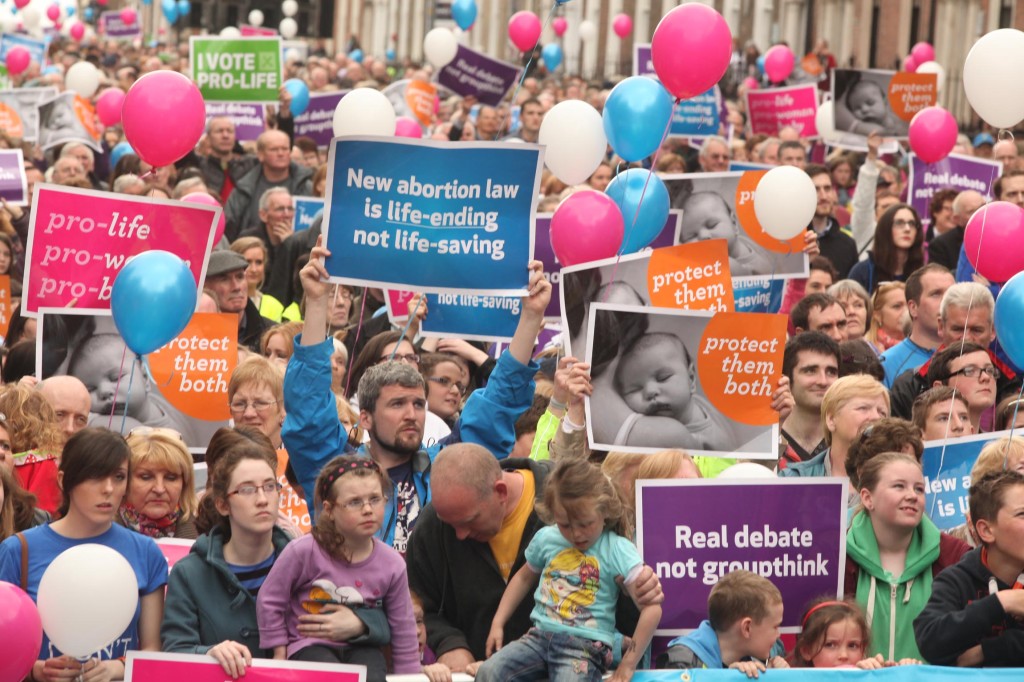 The crowd of 15,000 people who turned out for the Vigil4Life on Saturday in Dublin were told by speakers that they should not vote for candidates from parties who had “broken their pro-life promise”.

PLC spokeswoman, Caroline Simons, said the Pro Life campaign would continue to campaign for the repeal of the Protection of Life During Pregnancy Act which was brought into law last year.

Speaking after the rally, she said the campaign was “massively encourage” by the turnout at the vigil, the first such event since the passage of the Government’s abortion legislation in 2013.

“After last year’s setback, we had no idea how many people would turnout today. We realise it’s going to be a difficult road back but we are massively encouraged that so many people are ready to get onboard at this stage to help turn things around,” the PLC spokeswoman said.

In her address to the vigil, Ms Simons said, “Senior members of Fine Gael assured their backbench TDs that once the abortion bill passed through the Dáil they would have nothing to worry about because the pro-life movement would be crushed and beaten.”

“How wrong they were. Your presence here today is proof that we are wasting no time in starting to rebuild. It’s going to take time, but when the public comes to realise the full horror of what the new legislation involves support for the repeal of the law will gather pace,” she said.

“There is nothing restrictive about the new law. All it takes is for two like-minded psychiatrists who favour abortion to sign away the life of a baby. It is difficult therefore having to listen to members of the Government misleading the public by calling it a life-saving measure when they know it’s nothing of the sort,” she said.

Ms Simons told the vigil that the Pro Life Campaign will be releasing the findings soon of a recently commissioned poll showing a clear majority of women are opposed to abortion where it is shown that abortion is not a treatment for suicidal feelings.

Referring to groupthink in politics and public debate, the Pro Life Campaign’s Deputy Chairperson, Cora Sherlock said, “We have to look for a new kind of politics led by politicians who have a track record of keeping their word.”

“It is to these courageous members of the Oireachtas, who kept their promise and voted against abortion, that we look to, to rebuild trust in our politics, not to politicians who voted for abortion and who now, on the eve of the local and European Elections are trying to pull the wool over people’s eyes with carefully-timed public interventions seeking to win back pro-life votes.”

Other speakers who addressed the vigil were Lynn Coles from Women Hurt and Jennifer Kehoe, mother of a child diagnosed before birth with a life-shortening condition who is doing well now.

Cora Sherlock described the passage of the abortion legislation last July as a “shocking example of the tragic breakdown in Irish politics”. There had been no honest debate about the legislation, she said.

“The Fine Gael party promised voters they would not legalise abortion. They broke that promise. The pro-life movement gave a commitment not to sit back and accept the new law. The Vigil for Life is a clear sign that we will not be breaking our promise,” she said.

She said the Government would love the pro-life movement to “lie low and ignore the grave injustice of the new abortion law, leaving the way open for them to pull the wool over people’s eyes going into the Local and European elections in May, with political stunts pretending they are pro-life.  We are not going to allow this to happen.” 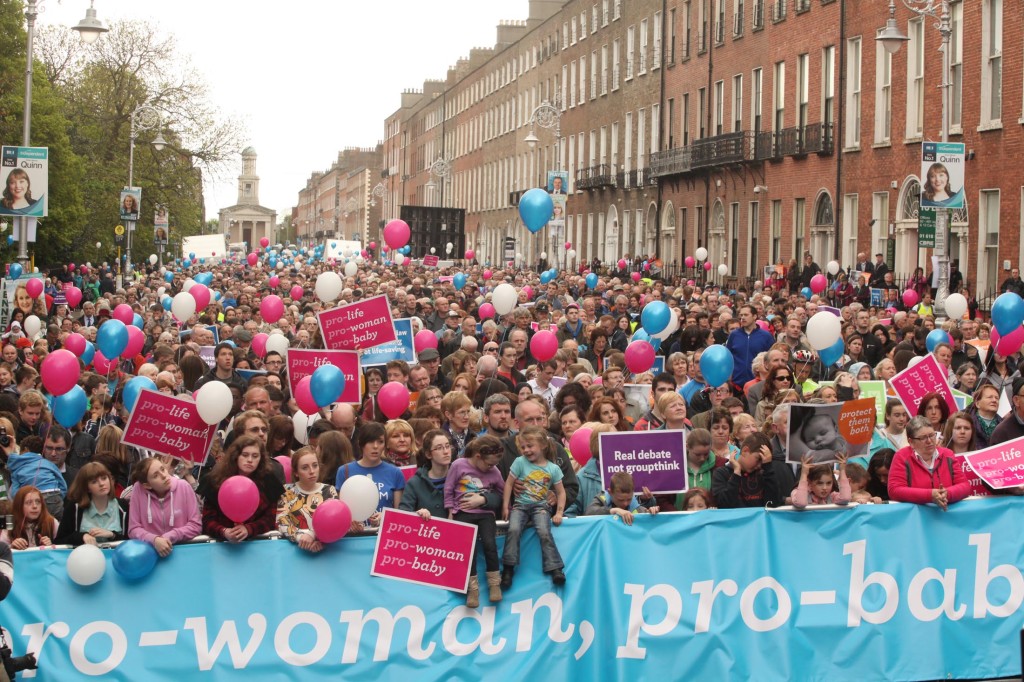 “The politicians and the abortion lobby said there was a real need for abortion legislation to save women’s lives. We know there was never any need for this legislation. Essential life-saving medical treatment is there that was always legally available.”

“Most seriously the tragic death of Savita Halappanavar was misused by major players in politics and the media.”

She said they were more concerned with getting abortion legislation passed than accurate reporting.

She urged pro-life voters to be “mindful” of the parties that had let the movement down when casting their votes.

In her address, Lynn Coles of the Women Hurt related how in recent weeks she had counselled a woman who had been considering an abortion. She decided to proceed with it.

“She took her own life on Tuesday. Abortion took not only her baby’s life but her own. She leaves behind a husband and grieving extended Irish family on both sides of the Irish Sea. The media will not cover her story. This is the reality of abortion.”

Elsewhere, Cora Sherlock commented that anyone who thinks the Taoiseach’s invitation to Pope Francis was unaffected by political motives would be naïve.

“Many people will see in this invitation an attempt by the Taoiseach to neutralise public disquiet about Fine Gael’s role in bringing in abortion,” she said.

She warned that the pro-life battle is “far from lost” and added, “The Government is acutely aware that we can turn things around provided we stay focused and show resolve. This is a moment in our history when we must join together and persevere for what is right.”