Thousands of Christians are being discriminated against, persecuted, displaced or expelled, and are being tortured and murdered simply because they are followers of Jesus Christ. 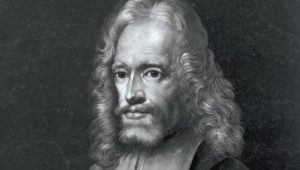 So said Archbishop Eamon Martin of Armagh at a Mass in Germany that was celebrated in remembrance of Ireland’s best known martyr, St Oliver Plunkett, who was hung, drawn and quartered on Tyburn Hill in 1681, the last of 22 men who were executed after being falsely accused of being involved in a ‘Popish Plot’ to assassinate King Charles II.

In 1863 the saint’s remains were exhumed and taken to the Benedictine monastery in Lamspringe in Lower Saxony, in the middle of modern-day Germany, where they were kept for 200 years before it was safe to bring the relics back to Ireland. The remains of the former Archbishop of Armagh are now kept in the National Shrine of St Oliver Plunkett in St Peter’s Church in Drogheda.

The legacy of the Armagh saint lives on in Lamspringe, as a result of the many decades that the Benedictines there venerated his memory, and each year the Hildesheim diocese and the Lamspringe parish celebrate an annual ‘St Oliver Fest’. This year was the first time that Dr Martin, as Archbishop of Armagh, led a pilgrimage to the town in Lower Saxony.

He told the congregation of German and Irish worshippers: “We are linked together by our devotion to Saint Oliver Plunkett, who was a true shepherd who laid down his life for his sheep. The stories of Saint Oliver Plunkett, and many other heroic people of faith, remind us of the courage and sacrifices of our ancestors. I thank God for the freedom to believe and worship that we enjoy today, and I pray that this freedom shall never again be undermined or taken for granted.

“I say that being conscious that the persecution of Christians remains widespread and often unreported in many parts of the world. It is shocking to think that in 2017 thousands of Christians are still being persecuted, displaced or expelled, tortured, discriminated and murdered simply because they are Christian. This is happening in many countries of the world – even though we seldom read or hear about it in the Western media.

“Sadly, many Catholics and other Christians in Ireland, Germany and other parts of the Western world, remain unaware of the horrors and extent of persecution that our sisters and brothers in Christ have to suffer.

Standing up for our faith, being witnesses for what we believe in is not the stuff of ancient history either, said the Archbishop, who repeated his claim that Catholics and Christians are currently entering a time when they need the gift of courage to stay faithful to the teachings of the Gospel.

“It is important that we are not afraid to witness to our Christian faith in public, and especially in a sometimes aggressively secular world which would seek to silence the public voice of believers,” he said, listing five issues where we are called upon to speak out. These are:

In his homily, the Archbishop thanked the people of Lamspringe, with a “vielen Danke”, for the warm welcome that they had provided to the Irish pilgrims, saying that, through the common link of St Oliver, it felt like being among distant cousins.

Then, saying that the Church could be seen as “a family of families”, he used the occasion to invite the “cousins” from Hildesheim to travel to Ireland next year for the World Meeting of Families.