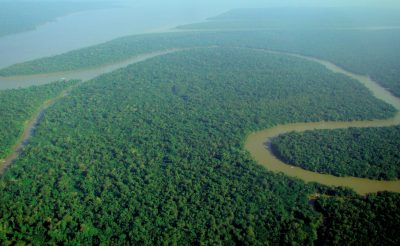 An aerial view of the Amazon rain forest.

The Secretary General of the Synod of bishops on the Amazon, Cardinal Lorenzo Baldisseri, has announced that the Vatican will offset the Synod’s carbon emissions by planting up to 100 acres of trees in the Amazon.

The Cardinal said the Synod is expected to generate carbon emissions of 572,809kg, of which 438,373kg will account for air travel and 134,435kg for other activities.

He explained that these measurements were based on anticipated consumption of energy, water and travel by participants, as well as the production of waste and promotional materials.

In compensation, forestry licenses for the reforestation of an area of ​​50 hectares in the Amazon basin would be purchased.

Bishops from the nine South American countries that share the Amazon are taking part in the Synod and aim to highlight the serious threat of destruction hanging over the world’s largest rainforest.

One of two Irish participants, Columban missionary Fr Peter Hughes, has said he hopes the synod, which continues until 27 October, will set out a new view of ecology based on Christian faith in God as the creator of a “common home”.

Speaking to the Guardian newspaper, Fr Hughes said the Church should firmly place itself alongside the region’s indigenous people and defending their territorial rights and way of life.

“The life of the [Amazon] people is intrinsically, inherently part of the territory. If the territory is injured, the people are injured,” he said.

Last August, as fires blazed across the Amazon, Pope Francis described the forest as vital for the Earth and he appealed for prayers that the fires would be brought under control.

Addressing pilgrims gathered in St Peter’s Square, the Pontiff warned that this green “lung of forest is vital for our planet” and that deforestation would have grave repercussions on the world’s environmental health.