Home > Featured > We value anybody who has been with us: Columbans

We value anybody who has been with us: Columbans 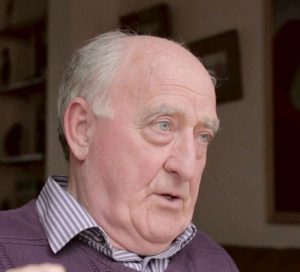 A documentary aired by RTE Television earlier this week – ‘The Judas Iscariot Lunch’ – told the story of 13 former Columban missionaries who decided to leave the priesthood over the demands of celibacy and a dawning realisation of their immaturity at the time of joining the order.

Speaking candidly about how they came to be missionaries in East Asia, the Pacific and South America in the 1960s and 70s, the former priests said they felt ill-equipped for missionary life, and expressed concern over their lack of understanding of the countries they were missioned to.

The programme aired on RTE 1 on 18 July.

“You went in to Dalgan to become a priest and you stayed seven years. You were also there five years before that,” recalled Tony O’Dwyer.

“You had heard and obeyed 60,000 bells over the 12 years. They got you up in the morning and to bed at night. You were assured of food, clothing, shelter. It was to a considerable extent — at least for me — an escape route.”

Watching the documentary on Monday night were some of their one-time confreres at Dalgan Park, those who had remained in active ministry.

“Those who were interviewed were very articulate about their past experiences  in life as students and young priests,” Fr Pat Raleigh, regional director of St Columban’s Missionary Society told CatholicIreland.net.

He felt the documentary was fair and authentic but had to be taken in context. “A lot of this happened more than thirty years ago. We are in different times now.”

“They spoke with sincerity, a sense of integrity and a sense of truth,” he said.

Time is a great healer, said Fr Raleigh, who was ordained in 1967 and worked in the Philippines and Pakistan.

“Initially people on both sides would have felt sad or hurt. But as you look back you see each one of us has to carve out our own path in life. This is what they did. There never has been a bad relationship [between us].” 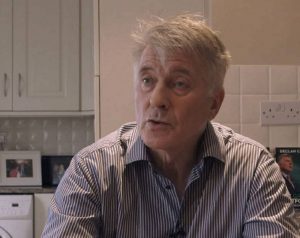 For the priests who stayed in ministry, Fr Raleigh said someone departing the Society was at times “like a death in the family”.

Some who left carried hurts from the way they were treated and some passed through “difficult times”.

Some years ago the Society arranged for a small number of former Columbans (“I don’t like the word former – we share a common history” Fr Raleigh commented) and Columbans in active ministry to meet to thrash out what the “parting of the ways meant for them and for us”.

From this grew a good relationship between the former colleagues.

Declan Coyle, interviewed on The Judas Iscariot Lunch, said the best decision of his life was to leave the Society and the second best to join.

“The best I made was leaving the Columbans in the sense of getting married, because you never really leave the Columbans.”

He continued, “When I look at the Columbans that have left and the ones who are still there, the issues they’ve always had were about love and compassion and care and justice. They’ve never wavered from those issues.” 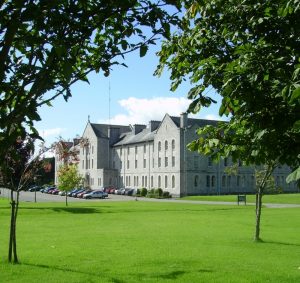 Fr Raleigh says the main drop off from the Order came from the 1960s to the 1980s when a “sizeable” amount left.

In the mid 1980s men from Asian countries were allowed to join and thirty-five have now been ordained from the Philippines, South Korea and Fiji.

The Columbans’ headquarters is now in Hong Kong.

In Ireland, they run a migrants rights centre (together with the Columban Sisters and co-workers) and give English classes at the Columban centre in Dublin.

They are also involved in inter-religious dialogue and encourage people to support their missionary work for evangelisation, justice and peace.

For Fr Raleigh, whether a person is with them for a short or long period, “we have valued their presence with us”.

He is thankful to the people of Ireland for supporting their work and giving “generously from the little they have”.