Poll shows two-thirds of Irish in favour of married priests 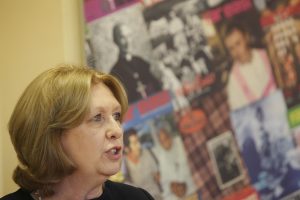 A new survey of public opinion on married clergy and women priests in the Catholic Church has found a majority of Irish favour change.

The Sunday Independent/KantarMilwardBrown poll findings come less than two weeks ahead of Pope Francis’ visit to Ireland for the World Meeting of Families.

The survey of 875 adults took place at 64 locations across the country, between 23rd July and 6th August.

Earlier this year, Dr McAleese said the Church had a problem with gender equality, describing it as “one of the last great bastions of misogyny”.

The poll also shows that nearly two-thirds of people support women priests and two-thirds believe Catholic priests should be allowed to marry.

The poll shows that 62 per cent favour the ordination of women priests, while 18 per cent are opposed and 11 per cent say it depends on circumstances, and 9 per cent do not know.

On the issue of married priests, 67 per cent believe priests should be allowed to marry, with 15 per cent opposed, 11 per cent saying it depends, and 8 per cent unsure.

The poll reveals that one in five members of the public will attend a ceremony as part of the historic visit of Pope Francis to Ireland, while 64 per cent say they will not.

But 50 per cent of people say they would watch the ceremonies on television or online or listen to them on the radio.