St Oliver Plunkett is “a saint for the whole world” 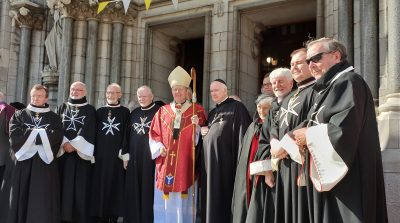 The leader of the Catholic Church in Ireland has described St Oliver Plunkett as “an authentic and outstanding example of the love of Christ.”

In his homily at St Peter’s Church in Drogheda on Sunday, where the relic of the severed head of St Oliver Plunkett is venerated, Archbishop Eamon Martin said the shrine reminded the faithful of “our many Christian brothers and sisters who today are insulted, sometimes persecuted and oppressed, and some are sadly even put to death for their faith”.

He cited recent events in Sri Lanka and Burkino Faso as examples of the persecution of Christians and said that despite such difficulties Christians throughout the world continue to witness strongly to the Christian faith.

Recalling the martyrdom of St Oliver Plunkett at Tyburn in London on 1 July 1681, Dr Martin said, “The horrific and harrowing way in which his life was taken reminds us of the suffering of Jesus on the cross.”

He added that it called every single one of the faithful “to witness strongly by our daily lives to the love of Christ”.

The Archbishop highlighted how there are relics and shrines of St Oliver in many countries around the world including France, Germany, Britain, parts of the United States and Australia. “It is clear to me that he is not just our saint – he is a saint for the whole world.”

He revealed that the most recent shrine established to honour the Saint was established in Rosario in Argentina.

Archbishop Martin recalled that at the canonisation of Oliver Plunkett in 1975, Pope Paul VI said that the sacrificial love of Jesus Christ, the Good Shepherd, is reflected and manifested in the saint.

He also paid tribute to the Benedictine monks and Lamspringe Abbey near Hildesheim in Germany, where the relics of the saint were preserved for almost 200 years before they were moved to Downside Abbey in Britain.

“We are grateful to the Benedictines who stepped in to look after the relics of St Oliver shortly after his martyrdom,” Archbishop Martin told the congregation.

The link with Lamspringe arose because, while the 55-year-old Archbishop of Armagh was awaiting his death at Tyburn in 1681, he befriended a Benedictine monk Fr Maurus Corker in Newgate prison, London. 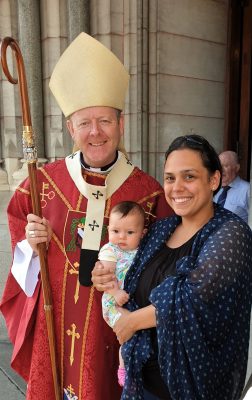 Fr Corker was President of the English Benedictines at the time and heard St Oliver Plunkett’s last confession.

After his death, St Oliver’s remains, minus the head and forearms, were buried in a London churchyard. Two years later, while still in prison, Fr Corker arranged to have the remains exhumed in 1683. They were smuggled to Lamspringe in Lower Saxony, Germany, where they were interred in the crypt of the Benedictine monastery.

After the Lamspringe monastery was dissolved in 1803, most of St Oliver’s remains were moved to Downside Abbey in England, though some relics remain in Germany.

Sunday’s Mass in Drogheda was attended by Dom Anselm Brumwell, sub prior of Downside Abbey.

Dom Henry O’Shea of Glenstal Abbey and chaplain to the Order of Malta in Ireland also attended.

This evening in Armagh, Archbishop Martin will celebrate Mass at St Patrick’s Cathedral. Afterwards he will unveil a new statue of St Oliver Plunkett by Irish sculptor, Dony MacManus.

The Mass will bring to a close the triduum of prayer across the Archdiocese of Armagh commemorating the 350th anniversary of his appointment as Archbishop of Armagh by Pope Clement IX in 1669. St Oliver received his Episcopal ordination in Ghent, Belgium, later that year.

The statue of St Oliver Plunkett honours the martyrs of yesterday, today and tomorrow.

Last November on ‘Red Wednesday’, in the context of commemorating those persecuted for their Christianity, Archbishop Martin signalled his intention to honour martyrs of the past, present and tomorrow by erecting a statue of St Oliver Plunkett in St Patrick’s Cathedral.

In December 2018 Archbishop Martin travelled to Iraq and met Archbishop Bashar Warda in Erbil to see at first hand the devastation that has been wrought upon Christians in that region.

Dr Martin recently wrote to the Church in Sri Lanka and in Burkina Faso, Africa, offering his prayerful solidarity to the local churches following the murder of Christians during worship earlier this year.

Meanwhile, a report by the Church of England Bishop of Truro, Philip Mounstephen, has highlighted that one third of the world’s population suffers from religious persecution in some form, with Christians constituting “by far the most widely persecuted religion”.

The report has recommended that the British government consider sanctions for countries where Christians are persecuted. 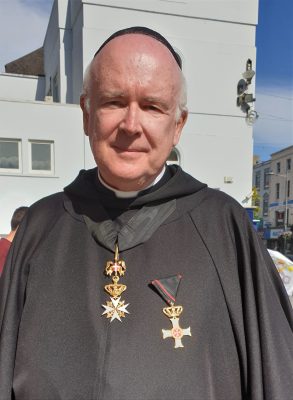 Separately, a bishop in Burkina Faso has appealed to the West to intervene to stop the supply of guns to Islamist extremists, warning that “if the world continues to do nothing, the result will be the elimination of the Christian presence in this area and quite possibly in future from the entire country”.

Bishop Laurent Birfuoré Dabiré of Dori told Aid to the Church in Need that the weapons being used by extremists “were not made here in Africa”.

On 27 June Islamist extremists arrived in the village of Bani in north-east Burkina Faso and killed four people who were wearing crucifixes.

“They killed them because they were Christian”, Laurent Birfuoré Dabiré said. The extremists warned the other villagers that if they did not convert to Islam they would also be killed.