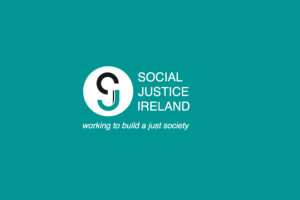 Despite some economic recovery, the numbers living in poverty are now more than 100,000 higher than at the beginning of the recession, Social Justice Ireland has warned.

In a policy briefing entitled ‘Poverty, Deprivation and Inequality’, the independent think tank and justice advocacy organisation highlighted that 18 percent of adults living in poverty in Ireland are employed.

They are, SJI notes, the “working poor”.

At the launch of the briefing, Director of Social Justice Ireland, Dr Seán Healy said, “Today there are more than 750,000 people living in poverty in Ireland; this is a major concern.”

His colleague, Michelle Murphy, research and policy analyst with Social Justice Ireland said, “It is important to note that social welfare is of critical importance in addressing poverty. Without social welfare payments more than half of Ireland’s population would be living in poverty; such an underlying poverty rate suggests a deeply unequal distribution of income.”

The policy briefing outlines the problem of income inequality in Ireland.

“If Government wishes to address and close this income divide future policy must prioritise those at the bottom of the income distribution. These policies must be designed to address the wide variety of households and adults in poverty.”

This Briefing sets out 10 policy proposals for addressing income inequality and reducing poverty rates. These include: