An injunction from the US Supreme Court has given the Little Sisters of the Poor temporary protection from a law that demands they make provision for contraceptives. The Catholic nuns had objected to the Obama Care’s birth-control mandate on religious grounds. 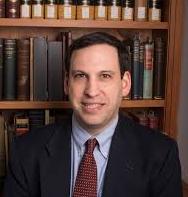 Mark Rienzi, senior counsel for the Sisters and the Becket Fund for Religious Liberty which is helping represent them in court, said he was ‘delighted’ about the Supreme Court injunction granted on Friday 24th January.

“The government has lots of ways to deliver contraceptives to people,” he said. “It doesn’t need to force nuns to participate.”

The U.S. Conference of Catholic Bishops (USCCB) welcomed the move by the U.S. Supreme Court.

“The bishops of the United States welcome the Court’s protection of ministries like the Little Sisters whose vital work is at the heart of what it means to be Catholic,” said Archbishop Joseph E. Kurtz of Louisville, Kentucky, president of USCCB .

The injunction from the Court states that if the parties before it write to the Secretary of Health and Human Services that they are non-profit organizations, that they are religious in nature, and that they object to providing the coverage required by the *HHS mandate, those employers will be protected until a decision is made by the U.S. Court of Appeals for the Tenth Circuit, which is currently reviewing the case.

The Wall Street Journal on Monday 27th January portrayed the case as a war on religiously devout women, and stated that whole affair speaks volumes about the Administration’s ideological intolerance. 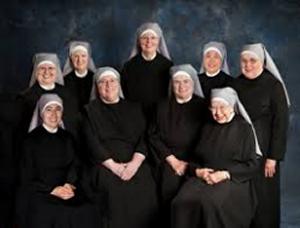 A group of Little Sisters of the Poor

The case came about when Little Sisters of the Poor who have provided physical and spiritual care for the poor elderly and dying in communities throughout the U.S. for 175 years, filed a lawsuit challenging the federal contraception mandate. This requires employers to offer health insurance plans covering contraception, sterilization and some drugs that may cause early abortions. Because of religious freedom concerns, the Obama administration revised the initial mandate, allowing religious employers such as the Little Sisters to sign a form that would trigger a separate health benefit provider to offer the coverage.

The Little Sisters have objected that they cannot in good conscience sign the form because it authorizes an outside party to provide the very products and procedures they believe to be gravely immoral.

The injunction will protect the Little Sisters from the mandate – or the fines they could incur from failing to comply with it – until a final judgment on the case is given by a court.

The injunction also protects more than 400 other Catholic organizations working with the sisters’ religious health benefit providers, Christian Brothers Services, which is also a plaintiff in the case.

Injunctions have been awarded in 18 of 19 similar cases, the Becket Fund said.

“Virtually every other party who asked for protection from the mandate has been given it,” Rienzi said. “It made no sense for the Little Sisters to be singled out for fines and punishment before they could even finish their suit.”

The Supreme Court’s order said that the order should not be construed as “an expression of the court’s views on the merits.” The case will be heard and receive a final ruling in the federal court system.