Home > News > Religious urged to get involved in tobacco row

Religious urged to get involved in tobacco row 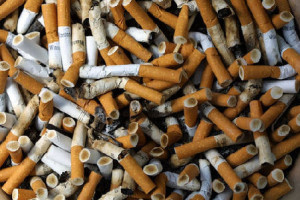 Columban missionary Fr Sean McDonagh has urged Religious to get informed on the current conflict between Dr James Reilly, the Children’s Minister, and Japan Tobacco International over the issue of plain packaging of cigarettes.

In a blog post for the Association of Catholic Priests website, the eco theologian highlighted that while “Religious people do comment on alcohol misuse,” they don’t when it comes to cigarettes.

“I wonder why, because every time you use tobacco products as described by the producer you harm yourself and those around you,” he challenged.

Elsewhere in his post he describes the row between the Minister and “Big Tobacco in the guise of Japan Tobacco International (JTI)” as “an extraordinary event”.

JTL is planning to take the Government to court over its attempts to introduce plain tobacco containers, which Minister Reilly sees as a way to further reduce the number of smokers in the country.

Currently, as many as 5,200 people die each year in Ireland from tobacco-related diseases.

However, the tobacco industry dispute the claim that plain packaging leads to fewer smokers.

One of the major tobacco brands, John Player recently circulated data relating to the introduction of plain packaging in Australia in 2012. Figures suggest that in the 12 -17 age-cohort, tobacco use grew by 32 percent since the plain packaging was introduced.

According to Fr McDonagh, these figures have been questioned by many and even if they are correct, he asks why would the tobacco companies plan to take the Irish government to court if plain packaging increases their sales?

The priest also notes that the JTI threat to the Government has generated a lot of comment within the medical profession.

In the Irish Times (18 February 2015), Dr Ross Morgan chairperson of ASH (Action on Smoking and Health) Ireland wrote that “he was not surprised Big Tobacco is now threatening our Government with legal sanctions. These kinds of bullying tactics are standard practices for the tobacco industry all around the world. It is imperative that our government stands first against such tactics and introduce what has been well established in Australia to be a progressive and positive health legislation.”

Another letter in the same paper was sent by four Registrars in public medicine in Dublin.

Dr Ronan Glynn, Dr Elyce McGovern, Dr Chantal Migone, Dr Lois O’Connor wrote in their letter that “JTI cited its direct employment of 100 people in Ireland and its tax payments of more than €665 million in 2013. JTI will not have mentioned that it is smokers who pay the tax and that JTI makes about €15 million net profit each year from those who are addicted to its products.”

They continue, “It will not have discussed the cost of premature deaths due to smoking-related diseases in Ireland – estimated at over €3,500 million per annum.”

The letter states that “Plain packaging represents the logical evidence-based next step in tackling smoking-related disease and is crucial if the Government is to achieve its aim of a tobacco-free Ireland by 2025.”

Meanwhile, the Irish Cancer Society plans to reject donations from legal firms which are supporting the tobacco industry in threatening court action on the States to block plain packaging of cigarettes.

In 2013 and 2014, the Irish Cancer Society received €20,000 from Arthur Cox, one of Ireland’s most influential law firms, which is acting for the tobacco companies.

This company is also the legal adviser for the Health Service Executive (HSE).

According to Fr McDonagh, “Many people see a conflict of interests in having Arthur Cox working for both the HSE, which trying to promote health, and JTI which is undermining public health.”

He adds, “No religious person has become involved in this controversy.”

The Columban concludes his blog by highlight, “Religious people do comment on alcohol misuse, but not on cigarettes. I wonder why, because every time you use tobacco products as described by the producer you harm yourself and those around you.”