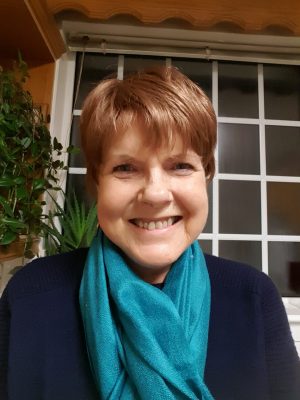 It started with a telephone call and a proposal over coffee in the Green Isle Hotel in March 2004 – would I take up the role of news editor of CI News, the newsroom of CatholicIreland? Across the table sat Fr Alan McGuckian (then a lowly Jesuit priest) and Tony Bolger. I said yes. It was a sizeable challenge – three stories a day, 365 days a year.  I began on 1 April 2004 – no joke!

Against the backdrop of the worst scandal to ever hit the Catholic Church in Ireland, I gathered a team of writers, each of whom brought certain expertise to the site:  Donal – foreign affairs; Tom – Irish politics, life issues; Caroline – family and social affairs; Fintan – local parishes; Anne Marie – religious orders, missions and everything else. The financial meltdown in 2009 unfortunately saw the demise of CI News. Instead, the news migrated to the main site, occupying the banner masthead at the top of the CatholicIreland.net site and flowing from there onto parish and diocesan websites all over Ireland. Fine writers lent their names to the newsroom – Sarah MacDonald, Anne Marie Foley, the late Tom O’Gorman, Cian Molloy, Sean Ryan and finally Katie Ascough.

We worked through a very turbulent period where the Catholic Church faced a tornado of animosity over child abuse. For all of us, the stories of the survivors were a wake-up call to be a poorer, more humble and more authentic church.

While stories relating to clerical child abuse and referenda battles, notably the Same-sex Marriage referendum (2015) and the Repeal of the Eighth Amendment referendum (2018), were the dominant ‘church’ stories in the national media (and we too covered these in detail), I like to think CatholicIreland has brought something new to the national newsfeed through its focus on positive stories. We chronicled green shoots growing up in the Church. Consistently we have looked at the good that we, Christians, the Church, are doing in Ireland and the world.

Permit me to mention a few of these.

For many years, the new movements and ecclesial communities were working away under the radar in Ireland bringing gifts straight from the Holy Spirit to the heart of the Church. They got very little coverage on mainstream media. We began to write about them – the Legion of Mary, Focolare, Communion and Liberation, Charismatic Renewal, Youth 2000, Net Ministries and the Catholic Grandparents Association – to mention just a few. I believe that CatholicIreland.net was the only news source highlighting the work of these groups on a regular basis. In more recent times, it was a joy to see the birth of new Irish movements and initiatives – like the Children of the Eucharist, founded by Antoinette Moynihan which came out of the Eucharistic Congress in 2012, and Living Church, an offshoot of Youth 2000 for families. Big international festivals, like the Eucharistic Congress (2012) and the World Meeting of Families (2018), saw a joyful coming together of all these groups which, together with the traditional religious orders, are a real leaven in the Catholic Church today.

CatholicIreland has highlighted the growing climate justice movement, the eco-congregations and the lead the Church gives in this area, impelled by Pope Francis’ inspirational encyclical Laudato Si’.

At diocesan and parish level, every time we got a whiff of an initiative with something new or interesting, we wrote about it – like church involvement in the National Ploughing Championships or the Mercy on the Mall initiative in Shannon with priests hearing confessions in a shopping mall at Christmas. Being a daily online service, we had the advantage of being able to bring quick summaries of projects within a reasonable timeframe.

Another sign of hope we tried to highlight was the ongoing interaction between the churches. This is an area of church life that can go unnoticed and yet is of such significance. We brought focus to bear each year on local Week of Prayer events in January, as well as the historic ecumenical steps towards full communion between the churches, as when Pope Francis in October 2016 jointly presided over a ceremony marking the 500th anniversary of the Protestant Reformation, where he underlined how Martin Luther restored the centrality of Scripture to the life of the Church.

In the field of inter-religious dialogue, the Catholic Church has taken huge strides forward too, which we have recorded. A standout moment, for example, was when Pope Francis and the Great Imam of Al-Azhar signed the eight-page Document on Human Fraternity in February 2019, affirming the brotherhood of all men and women and condemning every form of violence, especially those “clothed with religious motivations”.

From July 2019, I ceased writing for CatholicIreland News due to ill-health. My colleagues continued the work, reporting on the bewildering world of COVID-19, so fraught in human suffering, which has witnessed among other things the closure of church buildings and the postponing of the celebration of sacraments like weddings and Confirmation. They have reported on the struggles and valiant efforts of parish teams, priests and bishops to be with and support their people, for example by mastering modern online technology, holding everything from online concerts to evening Rosary, to cycling to each home in the parish to bless and greet parishioners, to bringing the holy sacrament onto the streets of the city when people could not go inside churches to pray at the tabernacle.

They continue to highlight the plight of the homeless, the support needed for charities and missions, the current battle to introduce euthanasia, recent ordinations and creative ways of celebrating sacraments – like Confirmation at a racecourse.

It is ironic that at a time when the Church is moving more and more online with its communications (websites, collections, Zoom parish meetings and courses) that an online news service should be closing. It is a matter of great sadness to me. The work we have done for the past 16 years is more important than ever today as we grapple with being a new type of church. Certainly, that too is all part of God’s plan – moving outside the churches of stone, as Pope Francis urged us, into domestic churches of two or three people united with the presence of Christ among them who bring the light of the Gospel to the people around them.

While CatholicIreland News is closing now, my fervent hope is that at some point in the future, it will be revived. As one person said, “We put it in the heart of God that this dying will see a rising again.”