Right to work proposals for asylum seekers too restrictive 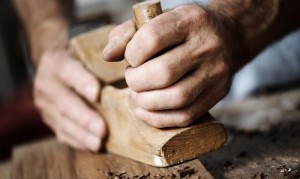 New proposals to allow asylum seekers to take up employment are an example of the disconnect between the Government and the vulnerable people of Ireland, a priest in regular contact with asylum seekers has stated.

Fr Paddy Byrne, who is in regular contact with asylum seekers staying in the Montague Hotel Direct Provision Centre near Portlaoise, said that most working class people in his own parish would have difficulty securing a job that pays a salary of at least €30,000 per annum, therefore it would be all the more difficult for asylum seekers who have qualifications that are not recognised in Ireland, and who have been ‘imprisoned’ in reception centres for up to ten years in some cases.

“It is an unrealistic proposal. Whilst lots of these people (seeking asylum) are highly qualified in the medical world, and in their own professional lives where they come from, I think a lot of them go into the service sector, into shops,” Fr Paddy Byrne, who is a curate in Portlaoise parish, told catholicireland.net. However, he said that many have qualifications that could see them start on a basic salary of €30,000.

He said that his experience of visiting the asylum seekers is that they have now lost their voice and their hope having been in a very negative atmosphere in direct provision for so long.

“These people deserve the fundamental right to engage fully with Irish society. Whilst we need to regulate and check the clearly the validity of those who are seeking asylum, that process should be within a six month period and should not imprison a human being in this Republic for eight and up to 10 years.”

He said that there is nothing new in the proposals to allow asylum seekers to work and that it is just a smoke screen. “The question isn’t about employment,” he said. “The question ultimately is how do we embrace difference? How do we welcome the stranger? Are we more the Trump type of vision where we want to build a wall and keep things for ourselves?”

On 17th January 2018, the Government released details of its proposal for the right to work for people in the asylum process. It plans to opt into the EU Reception Conditions Directive, which requires member states provide people seeking asylum ‘effective access’ to the labour market. The proposed rules will apply for a transitional period until the Directive is transposed into Irish law and may then be relaxed.

Also last year, the Government was ordered by the highest court in Ireland, to allow asylum seekers into the labour market. However, advocates for asylum seekers are not happy that under these proposals people who live in direct provision, will have to purchase an employment permit at a cost of up to €1,000; are barred from applying for more than 60 job options; and can only take up jobs with an annual salary of at least €30,000.

The Immigration Council of Ireland, which Sr Stan Kennedy established, stated that these measures make it “nearly impossible” for anyone seeking asylum to take up employment.

“And this is all before you consider the extra barriers people face – including trying to find jobs locally to centres, potential problems with employers recognising foreign qualifications, interruptions in employment history caused by often treacherous journeys, fleeing danger and conflict,” the council stated.

“Being allowed to work is central to personal dignity and also helps new arrivals integrate in their local communities. It is truly a win-win when done properly.”

Nick Henderson, CEO, Irish Refugee Council, said that under the proposed system, the right to work “threatens to be an illusion” for many.

“Channelling access to this right via the Employment Permit process is inappropriate and restrictive, even if only for the transitional phase until when the Directive is finally transposed in to Irish law. Many professions, including shop assistants, secretaries, types of chef, and construction workers are excluded. Requiring a person to seek employment that has a minimum salary of €30,000 is a significant barrier and the Employment Permit application fee of €500-1,000 must also be waived.”

He pointed out that various studies show that making it easier to work does not increase the numbers of people seeking asylum in any country. He reiterated his organisation’s previous recommendations to Government, that access to the labour market must be as unrestricted as possible. People should be allowed to work after they have waited six months for a decision (on asylum); they should be free to work in any sector or be self-employed, and this right should apply to all applicants.