Reduction of levy on electricity bills too small: SVP 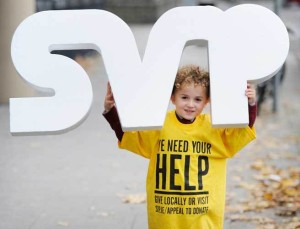 Reducing a levy by €4 when it increased by €36 in recent years, is derisory the Society of St Vincent de Paul (SVP) has said.

“It is noteworthy that a reduction of 9% proposed by the CER in June last has in two months been lost in the main due to decreasing wholesale costs for gas and inaccurate information on the ceasing of the *Tynagh subsidy,” Brendan Hennessy of the SVP Social Justice & Policy team criticised. 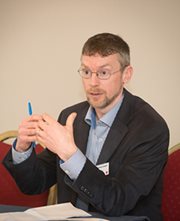 Brendan Hennessy of the SVP

“It must also be noted that a significant contributor to the reduction for 2015/16 is a once-off windfall amount to be paid by Electric Ireland (with interest) following a recalculation of their contribution.”

“This once-off rebate is an accounting issue and therefore one could argue that the ‘overall reduction’ is not a progressive act, but simply a once-off accounting anomaly,” Brendan Hennessy continued.

He added that the SVP position on the PSO levy previously has been to call for the removal of this anomaly – that the less energy people use the more it costs them.

The cost does not take into account ability to pay.

“The PSO levy is clearly out of proportion to the ability to pay of low income customers and can be viewed as a regressive tax. As VAT is added to the levy it is a case of a tax on a tax. At a minimum there is a clear case for the VAT on the PSO levy to be zero-rated” said Brendan Hennessy.

The SVP has seen the amount it pays for energy costs for those who can’t afford to pay increase steadily over the last number of years. It has also had to pay for re-connection for many customers in arrears.

In Great Britain there were just 453 electricity disconnections in 2012.

*Galway-based Tynagh Energy, whose shareholders include US giant General Electric and Turkish group Gama, receives PSO payments, due to run out in 2016.