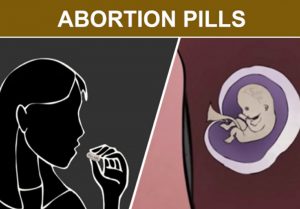 “Taking abortion pills is never a trivial matter. Too often it is falsely presented as ‘healthcare’ but in reality it ends the life of a child and is not a treatment for any medical condition in the mother,” a pro life advocate has said.

Cora Sherlock of the Pro Life Campaign (PLC) was speaking after a report in the British Medical Journal concluded that medical abortions using pills procured on the internet “can be highly effective, and outcomes compare favourably in clinic protocols”.

However, according to the Life Institute, the report has no credit, as it was funded and researched by abortion campaigners and abortionists. “This is like expecting honesty and transparency from Big Tobacco on the effects of smoking. This study, (http://www.bmj.com/content/357/bmj.j2011), was funded by a major abortion supporter, the Society of Family Planning, and the research data was provided by the actual abortion pill providers,” said Niamh Uí Bhriain from the Life Institute.

It was “entirely ludicrous to treat research funded by the abortion industry as unbiased, reliable or trustworthy,” she said, noting the link between a number of the authors who worked with Women on Web, “who send illegal abortion pills to desperate women rather than helping them to have their babies”. 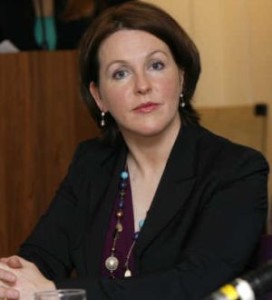 Ms Uí Bhriain pointed to a flaw (also noted in the research itself) that the women self reported with respect to the outcome and complications of abortion. “Neither did the research take account of long-term adverse mental health effects of abortion,” she said.

Most media reports on the study did not ask hard questions of the study, or express concern for the 10 per cent of women who had to seek medical attention after taking the abortion pills, she added.

Cora Sherlock from the PLC said the issue was normally used as a platform for “pushing for wider access to abortion and in the Irish context this means repeal of the Eighth Amendment.

“You could write the script in advance for how the discussion on this survey will develop. There will be lots of references to getting rid of the Eighth Amendment and very little discussion if any on the devastating consequences of the abortion pill for the unborn child and the potential serious mental health effects it can have on many women,” she added, noting that the main author of the survey “is a well-known campaigner for wide-ranging abortion. That should be noted in any discussion of the survey.”

In Northern Ireland the Director of Precious Life Bernadette Smyth called for the shutting down of websites that incite women to “break the law and kill their unborn children. The data for this research paper was facilitated by ‘Women on Web’, an organisation which sells illegal abortion drugs online and incites vulnerable and desperate women to break the law.”