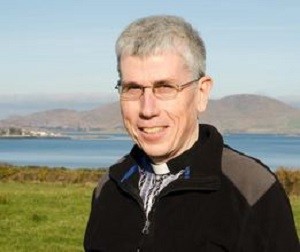 A Kerry-born missionary priest who has ministered to prisoners on death row in Kirikiri maximum security prison in Lagos is to be honoured later this month in his home county.

Portmagee-born Fr Pat Murphy, who is a member St Patrick’s Missionary Society in Kilteegan, is to be honoured at the ‘Best of South West’ Awards, a special event that celebrates influential figures from the Iveragh Peninsula.

As well as his prison work in Africa, 52-year-old Fr Pat has also been involved in the development of several parishes in Lagos in Nigeria and in Cameroon.

During those years of training he completed a degree in UCC and a year of missionary experience in Nigeria.

In 1990, he was ordained and returned to missionary work in three Lagos parishes.

Fr Pat’s first parish had 9 outstation churches which today have become full thriving parishes with an average of 3,000 parishioners each.

His second parish was alongside a major dump and had two outstation churches.

In 1994, one of these stations became a parish and he became its first parish priest.

An important part of the work in that parish as a chaplain to the biggest prison complex in West Africa with 5,000 male and 200 female prisoners.

Ministering to prisoners who were about to be hanged or shot by firing squad was often a weekly task. Helping to feed the prisoners and get them medicine was also part of their service to them.

In 2000, Fr Murphy became Director of Formation Programme in Nigeria for the Society of St Patrick.

According to Fr Pat, this role “involved training young men who were beginning their training for the missionary priesthood. The two-year spiritual programme concentrated on the spiritual and human development of the students.”

“The compound was new, so one of the jobs in my first year was to make a football field from a forest. Our tools were simple – wheelbarrows, spades, shovels, pickaxes and a roller we made ourselves. We placed importance on the physical fitness of the students as well,” said Fr Pat.

Continuing to answer his missionary call, he became Regional Leader for West Africa in 2008 and served in this role up until recently.

The ‘Best of South West’ Awards will take place in the Ring of Kerry Hotel in Cahersiveen on Saturday 28 February at 8pm.