Home > News > Pope’s encyclical on the environment due 18 June

Pope’s encyclical on the environment due 18 June 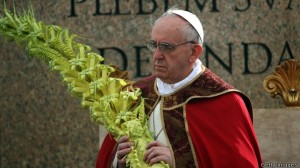 Pope Francis’ much awaited encyclical on the environment is to be published in just under two weeks time on 18 June 2015.

The announcement came through the Holy See Press Office Bulletin this week.

According to the National Catholic Reporter, the encyclical will have the title “Laudato Sii” a quotation from a popular prayer of St Francis of Assisi, namely his Canticle of the Sun, which praises the creation of the different creatures and aspects of the Earth.

In English Laudato Sii is translated ‘Be praised’ or ‘Praised Be’.

St Francis is said to have composed most of the canticle in late 1224 while recovering from an illness at San Damiano, in a small cottage that had been built for him by St Clare and other women of her order.

In the canticle, he praises ‘Sister Moon and the stars’, ‘Brother Wind and Air’, ‘Sister Water’ and ‘Brother Fire’ and ‘Mother Earth’, who feeds us and rules us, and produces various fruits with coloured flowers and herbs.

Four days later, on the weekend of the 22 – 23 June, Trócaire, the overseas development agency of the Catholic Church in Ireland, is co- hosting a major conference on Meeting the Challenge of Climate Justice: From Evidence to Action in Maynooth.

Such is the interest in the event, that places are sold out in the main halls, with just overflow places available in an adjacent hall for all sessions.

The major international conference will bring together some of the world’s leading voices on climate science, climate justice and climate activism, including former President of Ireland, Mary Robinson, of the Mary Robinson Foundation; Bill McKibben, environmental activist, author and co-founder of 350.org; Professor Jean-Pascal van Ypersele, Vice-Chair of the Intergovernmental Panel on Climate Change (IPCC). 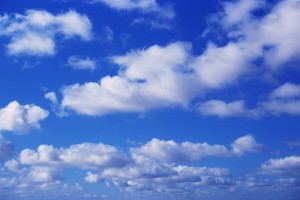 2015 is seen as a critical year in “addressing the impending climate emergency and charting a path towards a more sustainable future”, culminating in the UN Summit (COP21) in Paris in December.

According to Trócaire, “Climate change, and the injustice it represents, is one of the most serious challenges facing humanity. But while the evidence on human-made climate change is overwhelming, action to stem the rise in global temperatures lags far behind.”

The Catholic development agency sees the conference as providing a forum for interactive dialogue to examine how all sectors of Irish society can contribute towards building a low carbon future around principles of justice and equity.

Those unable to attend the event may watch a live stream of the talks at http://www.trocaire.org/climate-justice-2015 on 22 and 23 June.

The full Conference programme is as follows:

9.30 Climate Science and the Inadequacy of the Response – Professor Jean-Pascal van Ypersele

14.00 From Evidence to Action – we are ALL activists now – Bill McKibben at John Hume Lecture Theatre 1

16.40 Concluding plenary: Where to from here?