Home > News > Pope cautions against faith based on visionaries

Pope cautions against faith based on visionaries 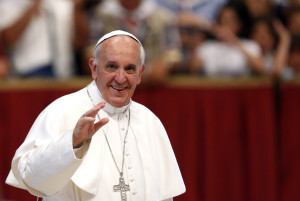 Pope Francis has cautioned the faithful against faith that seeks out “novelty” and goes in search of visionaries and their messages.

In his homily at Casa Santa Marta on Tuesday, the Pontiff criticised those Christians who search constantly for some special new insight, some novelty in the faith.

They are prone, he suggested, to ask, “Where are the visionaries who can tell us exactly what message Our Lady will be sending at four in the morning?”

The criticism may be a veiled reference to the Medjugorje visionaries whose messages purportedly are delivered with incredible regularity – almost daily – and with an astonishing exactitude in time.

However, the Pope did not identify any specific “visionaries”, but his criticisms follow on from comments he made to the press during his return flight from Sarajevo to Rome.

During the press conference, Pope Francis denounced the “cancer” of consumerism and relativism, and described overuse of computer technology as a “psychological illness.”

In relation to the alleged Marian apparitions at Medjugorje, Pope Francis said that Pope Benedict XVI had “convened a committee presided over by Cardinal Camillo Ruini; there were other cardinals, theologians and specialists on the committee as well.”

“They did an investigation, and Cardinal Ruini came to me and gave me the study they did, after many years of labour, I don’t know, maybe three of four years, more or less. They did a fine job, a fine job indeed.”

The Pope added, “We are close to coming to a decision. And then the results will be communicated. For the moment, all that is being done is to give guidelines to the bishops, but along the lines that will be taken.”