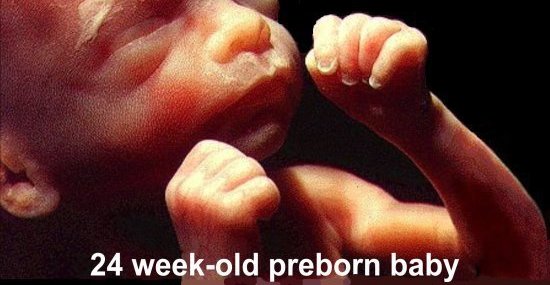 The Pro Life Campaign has criticised the insensitivity of the wording of a second challenge to Ireland’s abortion laws by the New York-based Center for Reproductive Rights which was filed last week with the UN’s Human Rights Committee.

This is the second case filed by the CRR with the UN committee which alleges that Ireland’s denial of abortion in situations where an unborn baby has a terminal illness amounts to “cruel, inhuman and degrading treatment.”

“It is insensitive and incredibly hurtful to families who have or had babies with life shortening conditions to have to repeatedly listen to the Center for Reproductive Rights describe their children as ‘unviable’ or ‘incompatible with life’,” the Pro Life Campaign’s Cora Sherlock said.

“It is also misleading to say that a pregnancy is ‘unviable’ as we can never know for certain the accuracy of the diagnosis, given that there are so many stories of misdiagnosis or children living much longer than expected.”

The PLC spokeswoman said that as an international abortion advocacy group, the CRR campaigns for abortion on request.

“We need a proper debate in this country about the needs of families whose babies are terminally ill, not the hijacking of the debate by groups like CRR whose aim is ensuring abortion up to birth without any restrictions,” Cora Sherlock said.

The case was filed last Thursday by CRR. It claims the human rights of the women involved were infringed due to the fact that they were unable to access abortion in Ireland.

In a statement, the CRR said it has filed its second challenge on behalf of Siobhán Whelan, who the CRR states “was forced by Ireland’s harsh restrictions on abortion” to travel to the United Kingdom to obtain abortion services after she learned that she was carrying a foetus with a “fatal anomaly”.

Siobhán Whelan became pregnant in September 2009. About 21 weeks into the pregnancy, doctors at Dublin’s National Maternity Hospital informed her that the foetus had a fatal anomaly called Trisomy 13.

She decided that ending the pregnancy was the best choice for her and her family and had to travel to the UK.

Siobhán Whelan is a member of Terminations for Medical Reasons Ireland (TFMR Ireland), an advocacy group campaigning for Ireland to amend the abortion law to allow women to terminate pregnancies due to fatal foetal abnormalities.

In a statement, TFMR Ireland said it is “a group of women and couples who have all made the heartbreaking decision to end a pregnancy early in cases of a fatal foetal diagnosis.”

“Two years since coming together and publicising our stories, we continue to be contacted by women and their partners currently going through this terrible time of loss. We are saddened and angered at how nothing has changed despite the Government being made aware of the issue. It is disgraceful that the women of Ireland continue to be so grossly let down by their country.”

In November 2013, the CRR filed a case on behalf of TFMR member, Amanda Mellet, who also travelled to the UK to obtain abortion services after she received a fatal foetal anomaly diagnosis.