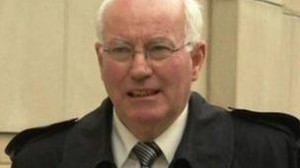 A priest from the diocese of Down and Connor has been found not guilty of child sexual abuse in a Belfast Court.

Fr Peter Donnelly (71) was charged with six counts of indecent assault and one of gross indecency against a woman dating back to the 1980s.

The former parish priest of Drumaroad and Clanvaraghan was before Belfast Crown Court on 14th January 2014, where a jury of nine men and three women had been sworn in and was ready to hear the case.

Fr Donnelly denied all the charges, which were alleged to have taken place between 1983 and 1988. Two previous juries in the case had been unable to reach a verdict on the charges against the priest.

After the third jury was sworn in, prosecuting barrister Kate McKay told the court: “The Crown is not offering any evidence in this case,” and Judge Gordon Kerr QC directed the jury to acquit the priest of all the charges, telling Fr Donnelly that he was free to go.

Fr Edward McGee, media liaison officer with the Diocese of Down and Connor, told CatholicIreland.net that now that the criminal process is complete, the canonical investigation will begin.

“This is normal procedure,” he said. The review under the Church’s safeguarding policy and procedures had been suspended for the course of the statutory investigation and the “civil proceedings will now resume”.

In a statement, the Diocese of Down and Connor said they continued to encourage “anyone who has a concern of a safeguarding nature to contact the PSNI, Social Services, or the Diocesan Designated Safeguarding Officer.”

Fr Peter Donnelly  voluntarily stepped aside from ministry to assist the investigation by the civil authorities in September 2010.

During his absence, Fr Kieran Whiteford from the nearby parish of Loughinisland has acted as Administrator to Fr Donnelly’s parish of Drumaroad and Clanvaraghan.

While not prepared to comment on the case, he said he was pleased at its outcome.

Meanwhile, speaking outside the Laganside court complex on Tuesday, Fr Donnelly’s solicitor said that due process had taken place “in which Fr Donnelly has co-operated fully and he has now been found not guilty”.

The canonical phase of the investigation into the allegations against Fr Donnelly now commences, which means that the priest will remain out of ministry for the present.

Fr Donnelly’s two parishes lie in the rural heartland of County Down, south of Belfast.