Home > Featured > No right to abortion in international law: PLC

No right to abortion in international law: PLC 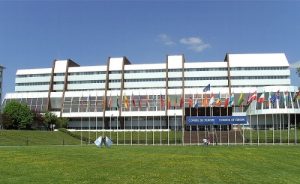 The call by the Council of Europe’s Human Rights Commissioner for the loosening of Ireland’s abortion laws makes a mockery of the concept of international human rights, the Pro life Campaign (PLC) said on Thursday.

The organisation was responding to the publication of a report in Strasbourg by the Council of Europe following a visit by its Human Rights Commissioner Nils Muižnieks to Ireland last November to investigate the treatment of women, children and Travellers.

In his report, Mr Muižnieks recommends the decriminalisation of abortion “within reasonable gestational limits” and that “abortion performed to preserve the physical and mental health of women, or in cases of fatal foetal abnormality, rape or incest should be made lawful”. The introduction of legal abortion in Ireland would be “more respectful of the human rights of women,” said Mr Muižnieks.

“There is no ‘right to abortion’ in international human rights law,” responded Cora Sherlock from the PLC. “There is, however, a ‘right to life’ which is clearly set out in Article 3 of the Universal Declaration of Human Rights and which applies just as much to unborn children as it does to their mothers, fathers, born siblings, and other members of society.” 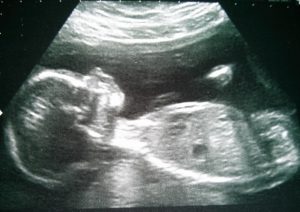 It is the duty of the Council of Europe to advance the positive and life-affirming principles of this Declaration, which highlight the importance and value of every human life, instead of turning its back on speaking up for the right to life of unborn babies, she continued.

Ms Sherlock said that once again, the Irish people were being “pressured by an external body to abandon legal protections for the unborn child.

In its report, the Council of Europe criticised Ireland’s legal restrictions on abortion for having a negative effect on doctors who, it says, do not know what kind of information on abortion they are allowed to give to patients.

The Irish State’s reply to the Council, published the same day, said the law enacted in 1995 to regulate the provision of information about foreign abortion services did not preclude medical professionals from giving a pregnant woman all the information necessary to enable her to make an informed decision, provided a termination of pregnancy was not advocated or promoted.

Meanwhile, the Life Institute reported on Thursday that it had brought the ‘Save the 8th’ message to around 15,000 people door-to-door in a national canvass blitz which saw pro life activists mobilised in all 40 constituencies, with almost 50 teams having one-to-one discussions with voters across the country.

Spokeswoman Niamh Uí Bhriain said the canvass on Wednesday had been a huge success. “We’re delighted with the turnout, and with the response at the doors, where we see, again and again, that Irish people have strong pro life instincts. They want to protect both mother and baby, they want protection for the right to life, and sometimes they have questions which we’re happy to answer: that’s the whole focus of the canvass,” she said.