Home > Featured > No right to gay marriage under European Convention

No right to gay marriage under European Convention 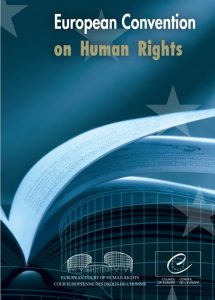 The case of Chapin and Charpentier v France was brought originally to the Court of Human Rights in 2007.

The two men, Chapin and Charpentier, went through a civil ceremony of marriage in 2004 in France.

At the time there was no same sex marriage in the country but same sex couples could avail of a Civil Solidarity Pact (PAC), similar to civil partnership, which conveyed tax and inheritance rights, and rights similar to marriage in issues relating to sickness, maternity and life insurance.

The marriage was seen as illegal and just over a month later was nullified by the High Court of Bordeaux.

Chapin and Charpentier then brought a case to the Court of Human Rights maintaining France had breached Article 14 in conjunction with Articles 8 and 12 of the Convention on Human Rights on account of the annulment of their marriage.

Article 14 relates to the Prohibition of discrimination, and states that the rights and freedoms set forth in the Convention “shall be secured without discrimination on any ground such as sex, race, colour…” 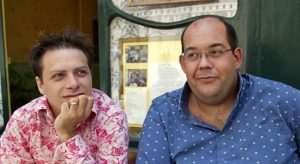 Chapin and Charpentier considered they had been the subject of discrimination based on sexual orientation as they had not been allowed to marry which was guaranteed by Article 12.

Meanwhile, before the case was decided by the Court of Human Rights, in 2013 France legalised same sex marriage.

On Thursday 9 June 2016, the European Court of Human Rights finally delivered its judgment on the case.

It confirmed a series of earlier judgements, like the 2004 decision in Schalk and Kopf v Austria, that the question of same-sex marriage is “subject to the national laws of the Contracting States” and the 2012 case Gas and Dubois v France that Article 12 confirmed the traditional concept of marriage, which is the union between a man and a woman and “does not impose an obligation on the governments of the Contracting States to grant same-sex couples access to marriage”.

In regard to the right to respect for private life guaranteed by Article 8 and Article 14’s principle of non-discrimination, it said “States are still free (…) to restrict access to marriage to different [opposite] -sex couples”.

Welcoming the decision, Grégor Puppinck from the European Centre for Law and Justice said it was “consistent with the correct interpretation of the European Convention on Human Rights”.

He noted that the decision did not rule out the possibility of a future development in the Court position in favour of a right to same-sex marriage as part of a right “to the recognition” of stable relationships.

Mr Puppinck also recognised that “such an interpretation cannot be based on the wording of the Convention.”