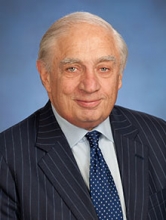 The numbers of migrant and refugees crossing the Mediterranean Sea is increasing as the weather improves.

This has been confirmed by Peter Sutherland who is visiting camps on the Italian island of Sicily on the anniversary of the death of almost 800 migrants a year ago.

He told RTE Radio 1 News that there is enormous human misery in the camps where the refugees and migrants are staying, but the Italian people are responding in a very constructive way.

In a week when several hundred more migrants are reported to have perished he said, “I do not despair; you can never achieve any good results by throwing your hands up in the air and saying it’s too big to handle. I don’t think it is.”

He added, “I think the basic values that we say are the values of Europe, the dignity of the individual and the equality of man, in the end of the day will win.”

Speaking of the new EU Operation Triton, which has been accused of deterring migrants and securing borders rather than rescuing those on the boats, he said the rescue work continues.

“I have spent some time with Italian navy and other navies who have been saving lives, as has our own navy, and they still consider that their main obligation.”

However he cautioned, “There have been European politicians who have said, ‘look if we save lives we act in some way as an attraction for more people to try to come’ and that is outrageous immorality in my view. Obviously our first obligation is to save lives.”

Peter Sutherland was speaking in his capacity as the UN Special Representative for Migration.

The Irishman is also President of the International Catholic Migration Commission. He was educated in Gonzaga College, Dublin, served in various political roles as well as that of the Attorney General in Ireland and he was an EU Commissioner. 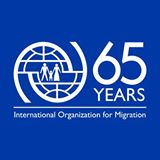 The International Organisation for Migration (IOM) has confirmed that the numbers of migrants travelling to Europe has increased.

It reported that an estimated 178,882 migrants and refugees have entered Europe by sea, arriving in Italy, Greece, Cyprus and Spain, between 1 January and 17 April 2016.

Reports Monday (18 April) of several hundred deaths of migrants from the Horn of Africa had (at time of writing) to be confirmed by IOM monitors in the region. 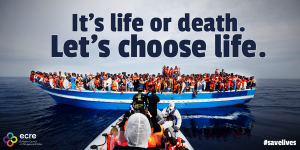 On Saturday (16 April) UNHCR welcomed the Pope’s demonstration of solidarity with migrants and refugees.

Pope Francis travelled back to Rome from Lesvos with 12 Syrians, including three women, three men and six children aged from four to 14 years of age.

The Vatican is providing a home for the refugees who had arrived on Lesvos on 18 March and had been waiting for relocation to another European country.

The Pope visited refugees and migrants at a centre in Moria, Lesvos, and greeted children, women, and men who have fled war and human rights violations. Refugees broke down in tears as they approached the Pontiff to get his blessing.

“The Pope’s latest gesture is a powerful demonstration of solidarity. It must inspire governments and societies in a world where the desperate plight of record numbers of forcibly displaced is too often met by barriers, rejection and fear,” said UN High Commissioner for Refugees Filippo Grandi.

During his visit, Pope Francis together with Ecumenical Patriarch Bartholomew and Archbishop Ieronymos of Athens and All Greece called on world leaders to respond with courage in facing this massive humanitarian crisis and its underlying causes, and to provide protection and long term solutions for refugees fleeing war and violence.

The UNHCR has long been calling for countries around the world to take in a greater share of refugees from what it calls the world’s largest humanitarian crisis, and to provide safe and organized ways for Syrians to find safety in third countries, including in Europe.

The UN body is aiming for 480,000 places to be available in the next few years, representing 10 per cent of the current registered refugee population (of 4.8 million) in countries neighbouring Syria.

The UNHCR is also calling on EU governments to increase and quicken the pace of relocation of refugees from Greece to EU member states.

So far, only 2,958 relocation places have been pledged by EU member states despite EU commitments to relocate 66,400 persons from Greece, and only 615 persons have been transferred to EU countries under the relocation scheme.