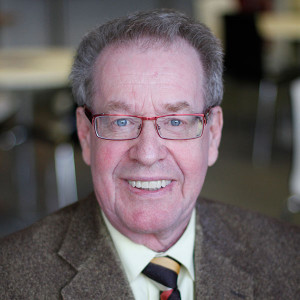 The Church in Scotland has issued an apology through its bishops to the victims of clerical sexual abuse following the publication of a damning report on Tuesday.

The independent commission, which was chaired by Presbyterian bishop Dr Andrew McLellan, made eight recommendations to help improve the current standards of safeguarding within the Church.

It recommended that the Scottish hierarchy make an “unmistakeable and unequivocal” apology to survivors of clerical abuse.

It also recommended making support for the survivors of abuse an absolute priority.

The 99-page report condemned a culture of secrecy and cover-up that allowed abuse to remain hidden, and said that in seeking to avoid scandal, the Church had caused scandal in a theological sense to victims and to the wider Catholic population.

In a statement, the Scottish bishops said they accepted the conclusions and recommendations of the McLellan report and offered “a profound apology to all those who have been harmed and who have suffered in any way as a result of actions by anyone within the Catholic Church”.

The president of the bishops’ conference acknowledged the Scottish Church’s “pain and shame” after the release of the report findings.

Speaking at St Andrew’s Cathedral in Glasgow, Archbishop Philip Tartaglia offered a “profound” apology to victims of “criminal and sinful” abuse within the Catholic Church in Scotland.

“Child abuse is a horrific crime. That this abuse should have been carried out within the Church, and by priests and religious, takes that abuse to another level. Such actions are inexcusable and intolerable.”

He added, “The harm the perpetrators of abuse have caused is first and foremost to their victims, but it extends far beyond them, to their families and friends, as well as to the Church and wider society,” he said.

The McLellan Commission was created in 2014 to investigate how the Scottish Church handled abuse cases.