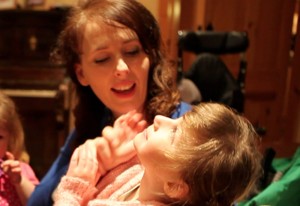 An organisation which supports parents of babies or children diagnosed with a terminal condition has sharply criticised comments made in the Dáil on Tuesday by the Minister for Health.

Minister Leo Varadkar was speaking on a Private Member’s Bill brought by Independent Deputy Clare Daly, for a 34th amendment to the Constitution, which would do away with the Eighth Amendment, which protects the right to life of the unborn.

In his intervention, the Minister described a child with “no chance of survival for long outside the womb if at all ” as “dead”.

Minister Varadkar described himself as ‘Pro-life’.

“I consider myself to be pro-life in that I accept that the unborn child is a human life with rights. I cannot, therefore, accept the view that it is a simple matter of choice. There are two lives involved in any pregnancy.”

“For that reason, like most people in the country, I do not support abortion on request or on demand.”

However, in comments which incensed parents of children with disabilities, he said that current legislation forced couples to “bring to term a child that has no chance of survival for long outside the womb if at all.”

He went on, “Forcing them, against their own judgement, to explain for weeks and months to all enquirers that their baby is dead. I have been present at stillbirths. I know it can be handled well and sensitively but I do not believe anything is served by requiring women or couples to continue with such pregnancies should they not wish to do so when there is no chance of the baby surviving.”

There is no truth to what he [Mr Varadkar] said, commented Tracy Harkin of Every Life Counts.

“He knows that our babies were alive and kicking in the womb, however severe their disability, and that to describe them as ‘dead’ is either woefully ignorant or deliberately misleading, hurtful and offensive.” 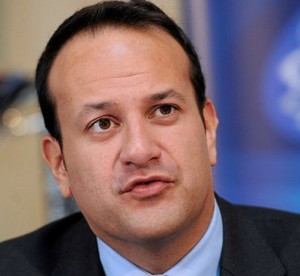 Every Life Counts is a support group for parents of children diagnosed with a terminal condition.

Ms Harkin said it was clear from Dr Varadkar’s comments that he viewed children “with these profound disabilities as less than human, a view which is at best medieval, and a view which we as parents to these children find absolutely unacceptable.”

She called on the Minister to apologise for the manner in which he dismissed the value of their children’s lives.

“I’ve had parents calling me since his comments broke, parents who treasured and valued the short time they had with babies, and who are devastated by the cruelty of Mr Varadkar’s remarks and his dismissal of the value of their children’s lives.”

“But she is now 8 years old, attending school and brings great love and joy to our family. Yet she is a baby whom Leo Varadkar described as having ‘no chance’ of survival. I find his remarks really disturbing and upsetting,” she said.

Ms Harkin called on the Minister to commit to improving support services for families in these situations, and he needs to roll out a standardised modern model of care – perinatal hospice care – whereby the father, mother and family are all involved in providing a loving environment to spend precious time with their sick baby.”