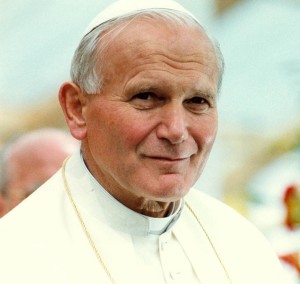 The Pope John Paul II Awards will take place on 4 February in St Paul’s Church, Arran Quay, Dublin. The awards are for faith achievements for young people aged between 16 and 18 committed to helping other young people enhance their spiritual, physical, emotional and social development through participation in school, parish and community activities.

The archbishop continued to say that the Pope John Paul II Award offers young people opportunities to learn how to serve and to develop the skills of a Christian leader. Christian service invites young people to “think beyond themselves and their own needs” by reaching out to others, and the way of leadership is based on knowing deeply “the person and the teachings of Jesus”. The two together – service and leadership – encourage young people to use their talents “with enthusiasm and energy for the benefit of all”.

“This Award,” Archbishop Diarmuid Martin finished, “is dedicated to the memory of Pope John Paul II. He showed a great love of and confidence in young people. Even as he grew older, he reached out to them and presented to them the challenging message of Jesus Christ. At the many World Youth Days at which he presided, he constantly showed his belief in and enthusiasm for young people. At the World Youth Day in Rome in the year 2000, he told over a million young people, ‘If you are what you should be, you can set the world on fire.’”

The archbishop concluded his message by thanking the Office for Evangelisation and Ecumenism for promoting the award and prayed for the young participants to be impacted through it by the love of Christ.