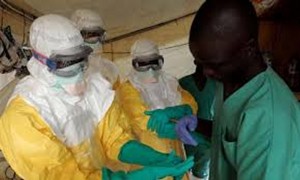 The small community of people from Sierra Leone who live in Ireland are accompanying their brothers and sisters back home with their hopes and prayers.

Sierra Leone Ireland Partnership (SLIP) is made up of religious groups and voluntary organisations with links to Sierra Leone and nationals from the west African country now living in Ireland.

According to Ger Horgan, SLIP – the Sierra Leone community in Ireland – is a small one.

Her link to the advocacy group came about after she worked in the country with Voluntary Services Overseas for two years.

Her brother-in-law also worked there and tragically died from typhoid and is now buried out there.

SLIP  is an advocacy group for nationals from Sierra Leone living in Ireland, but it cannot remain aloof from the terrible tragedy that is being played out in the African country through Ebola which has already claimed the lives of over 1,200 Sierra Leonians.

At a recent meeting, a member of the board left the room to take a phone call, Ms Horgan told CatholicIreland.net “It was to inform him that a cousin who had been unwell had died.”

The illness is having a huge impact on Sierra Leonian culture, she says. “They always greet people by shaking hands and the greeting could last three or four minutes with each person. They can’t do that.”

Now she says they nudge one another with their elbows, provided the elbows are covered, and put their hands on their hearts. 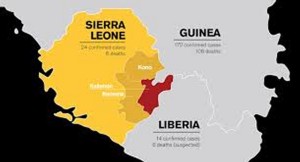 Stephen (not his real name) is from Sierra Leone and has been living in Ireland for ten years.

He heard about Ebola for the first time earlier this year. He has his family in Ireland, but is in regular contact with other relations back home.

“Ebola is an unknown enemy,” he told CatholicIreland.net  “You just have to sit and protect yourself. People are sitting quietly in their own homes, hoping it will pass. ”

He says people in Sierra Leone are by and large well educated and there is a lot of wealth in the country, which is rich in diamonds for example. “We should have growth in our GDP, but there is a lot of corruption in politics.”

All of which is exacerbating the Ebola situation. In spite of this he is hopeful for the future.

“I have great hopes. I hope it [Ebola] will pass off. I hope this will open the eyes of the politicians to be careful about the way they use things  – to build roads, to build hospitals.  But often they don’t do that – that is the problem,” he adds.

While SLIP is an advocacy group, they have been sending money to the Irish Leprosy Mission, which supplies protective clothing, and Medecins Sans Frontiers.

“We are trying to be helpful. It is very depressing to hear the news. It is a poor country and with a disease like that  it is so much difficult to get ahead of it, even considering the road conditions. It is unimaginable how it must be,” says Ger Horgan.