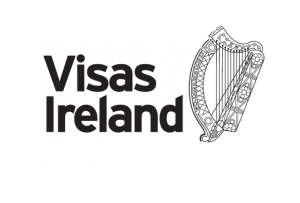 The Irish consulate in the cities of Karachi and Islamabad in Pakistan have turned down visa applications by scores of families who wished to attend the World Meeting of Families in Dublin from 21 to 26 August.

According to AsiaNews/Ucanews, applications by several members of the clergy were also refused.

About 10,000 families from around Pakistan had applied for visas; 600 from the archdiocese of Karachi alone. All requests were rejected.

According to Fr Anthony Abraz, parish priest at the Good Shepherd church in Karachi, in the case of many families, “The visa officer [. . .] found insufficient evidence of strong family, social, economic or other obligations to return” to Pakistan after the visit to Ireland.

Fr Abraz himself was denied a visa on the grounds that he had not taken part in similar events in the past.

The Irish consulate in Karachi said that it analysed the reasons for going to Ireland and other criteria, including family circumstances, financial situation, employment details, travel reasons and accommodation in Ireland.

However, Fr Abraz said he believes ll applications should have been assessed on a case-by-case basis. He noted that two groups of lay people received identical letters.

Church authorities had screened potential pilgrims, and Cardinal Joseph Coutts of Karachi granted letters of recommendation to those who were not interested in seeking asylum.

However, according to AsiaNews/Ucanews, many Catholics were outraged at how the whole thing was handled.

Samuel Sarfraz, who works at a pharmaceutical company in Multan (Punjab), had sold a residential plot to raise 300,000 rupees for non-refundable visa applications and registration fees for his family of three children to attend WMOF2018 in Ireland.

“This is a conspiracy to mint money from people who are already marginalised and discriminated against in a Muslim-majority country. If the policy was to reject all Pakistanis, why did they accept visa and registration fees for the World Meeting?” Mr Sarfraz challenged.

The Pakistani passport allows the holder to enter 33 countries without a visa or with a visa on arrival.