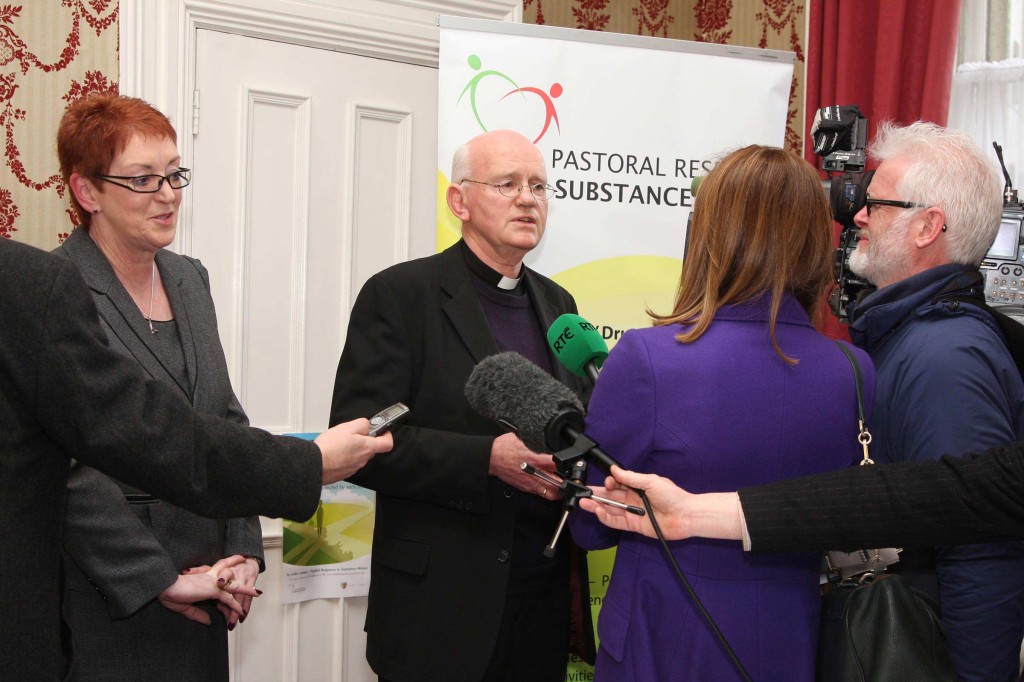 Archbishop Diarmuid Martin of Dublin has called for a “culture of moderation” in the use of alcohol.

In an address to the ‘Quenching the Thirst: Spirituality and Addiction’ national conference organised by the Irish Bishops’ Drugs Initiative at the weekend, the Archbishop said many young people today are attracted into the world of drinking because they are told it will help them socialise.

“For some, alcohol and drug use sadly open for them a path which is the opposite of socialising: a path of isolation and marginalisation from society and community,” he warned.

His comments were made as a second death linked to an online drinking game was reported at the weekend following the recovery of the body of a teenager from a river in Co Carlow after a 19-year-old hurler took part in the ‘game’ Neknomination.

In his address on Saturday, Archbishop Martin said the negative effects of alcohol can be seen and recognised in many ways. “We can produce statistics about spending on alcohol or the effects on personal and community health. We can quantify global financial costs to the economy.”

The IBDI has highlighted that how the promotion of cheap alcohol in Ireland is fuelling a growing health and crime crisis that is costing the economy an estimated €3.7billion a year in health, crime/public order and other ancillary costs, such as work-place absenteeism.

Referring to the report on the “disastrous links between binge drinking and rape”, the Archbishop said, “we see every day how binge-drinking leads to anti-social behaviour among young people. Violent crime has drug and alcohol abuse as a powerful accomplice.”

He said in the long run, the real costs of alcohol abuse and addiction are those which “wreak immense damage to the heart and soul of concrete men and women. Young men and women become trapped in a false path which at first sight seems to offer happiness and spirit but which in the long run leads only to a path of destruction from which they may never return.”

The Irish Bishops’ Drugs Initiative believes that healing the scars caused by the misuse of alcohol must come from community.  “Community must become the place where broken lives are welcomed back into a place of integration and healing,” the Archbishop said.

He underlined that the IBDI initiative is not just about anti-alcohol moralising. “It is a constructive project to foster responsible use of alcohol within the wider framework of a healthy and responsible life style.”

The initiative also focuses on the damage that substance abuse does to individuals and to society.

At the same conference, Bishop Eamon Walsh lashed out at those behind last week’s ‘Messy Monday’ promotion at a Dublin nightclub in which a number of young people were injured in a melee caused by a cheap drinks promotion.

Speaking to CatholicIreland.net, Bishop Walsh, who is chairman of the Irish Bishops Drugs Initiative, described those behind ‘Messy Monday’ as “irresponsible” and said alcohol was known as a “gateway drug for young people”.

He said that despite all the statistics showing how ruinous the misuse of alcohol can be, the Government is still not willing to grasp the nettle on the link between alcohol sponsorship of sporting events and over consumption.

“There is no doubt that a link has been established,” he commented and added that the failure to break this link was due to the strength of the drinks industry lobby.

“I would like to see a rapid phasing out of the sponsorship of sporting events by the alcohol industry. But you will never get a full grasping of that nettle when there is such revenue involved.”

Speakers at the conference which took place in the Dublin parish of Whitehall included Patricia Conway, Chair IBDI; Dublin footballer Ger Brennan; Fr Eamon Treanor, (a parish priest from the archdiocese of Armagh who spoke about the 12-step spirituality; and staff and representatives of the IBDI from across Ireland.

Delegates heard parishes such as Abbeyfeale in Co Limerick outline how they were responding to the issue locally.

The Irish Bishops’ Drugs Initiative is a cross-community support working in over 250 parishes and involving over 1,000 volunteers. The IBDI assists parishes and communities in addressing the challenges of alcohol/drugs misuse which affects every quarter of the country.

The IBDI has said it will also continue to support the implementation of the new Public Health (Alcohol) Bill, which it is hoped will address the key areas of alcohol harm reduction, minimum pricing and marketing and availability of alcohol.

However, the initiative has also said it will continue to lobby for the rapid phasing out of alcohol sponsorship of sports. “We will also support the work of Alcohol Action Ireland and others  in supporting a much needed response to the one in eleven children that say their parent’s drinking has a negative effect on their lives.”

Estimates suggest that this might amount to 109,684 children. The IBDI said in a statement that it is “campaigning to have the rights and needs of these children recognised and met.”