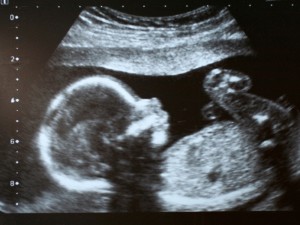 The Pro Life campaign has described language used during a debate on a bill to allow abortion in the case of fatal foetal abnormality as “reprehensible and grossly insensitive”.

Yesterday Deputy Clare Daly moved the bill, an amendment to the Protection of Life in Pregnancy (fatal foetal abnormalities) bill 2013.

In her speech to the Dáil, the Socialist deputy said the option of doing nothing was not good enough and appealed to Government TDs to support the bill.

She said it was “barbaric, cruel, degrading treatment” to force women carrying a child with a fatal abnormality to carry the baby to term, describing it as “torture”.

Referring to comments made during the debate, Cora Sherlock of the PLC, was critical of the ways some members of the Oireachatas described these babies as ‘lives not worth living’, ‘abnormal’, ‘corpses’ and ‘incompatible with life’.

“No one is suggesting that heart-breaking personal stories should not be heard but there must be some balance in the coverage,” she said, insisting that parents of babies with life-limiting conditions were entitled to hear about “the positive benefits of perinatal hospice care”.

She went on: “There is no point in pretending this is already happening because it is not. All the focus at present in the Oireachtas and the media is about abortion. It is a real tragedy that in many cases parents of babies with these conditions are opting for abortion in Britain only to return home and learn for the first time about the existence of perinatal hospice care.”

Parents who had experienced this kind of care have said that while the initial diagnosis that their baby had a terminal illness was devastating, perinatal hospice care enabled them to continue the pregnancy in a way that was “meaningful, positive and therapeutic”, she said.

A group of parents whose children have been diagnosed with life-limiting disorders such as anencephaly or Trisomy 13 have said Clare Daly’s bill is not a “progressive answer” for families facing a life-limiting diagnosis for their child. 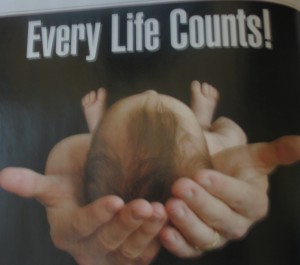 Every Life Counts spokeswoman Tracy Harkin said that the language used by Deputy Daly in her proposed bill was “outdated, discriminatory and a threat to all children with a disability”.

She said the Bill ignored the fact that the most up-to-date research shows that most children diagnosed with a life-limiting condition do live after birth, and that their families are hugely helped by new supports such as perinatal hospice care, which gives the family precious time with their baby.

During the debate, Minister for Health, Leo Varadkar, said he could not support the legislation because the bill was unconstitutional and a referendum would be required to amend the Constitution so that the legislation as outlined by Deputy Daly could be introduced.

He said he thought the matter should be dealt with in the next Dáil.

The vote on the bill takes place next Tuesday. The Life Institute has appealed to the public to lobby local politicians to vote against it.