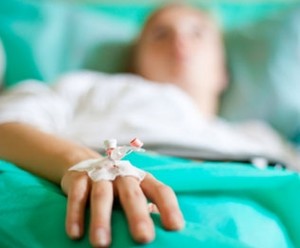 The Pro Life campaign has strongly criticised a recently published HSE report into state-funded pregnancy agencies which makes recommendations but contains no sanctions for what the PLC saw as “disturbing practices”.

The PLC claims these practices have the potential to endanger the lives of women in crisis pregnancy situations.

In the sessions, counsellors from the Irish Family Planning Association’s (IFPA) clinics were telling women to lie to their doctors and say they had a miscarriage and not an abortion in the case of post-abortion complications.

They also provided inappropriate information on accessing the abortion pill, advising women how they could illegally import abortion pills to self-administer without any medical supervision.

Following publication of the exposé, the HSE ordered an audit of all its crisis pregnancy services.

The audit took place between January and June 2013 and involved an examination of service policies and guidelines and site visits to six crisis pregnancy counselling services including four of the six services chosen against which the allegations were made in the Irish Independent.

The Garda Síochána asked for the report not to be published while they completed their own investigations. The Gardaí sent a file to the Director of Public Prosecutions (DPP) who decided not to prosecute the clinics.

In the HSE audit report published on Wednesday, among the recommendations were that the HSE Crisis Pregnancy Programme develop additional guidance for service providers for areas where there had not been adequate guidance before, for example addressing the issue of accessing the abortion pill through on-line sources in Ireland. 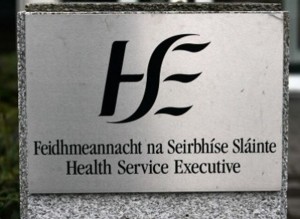 In relation to this the HSE advised that if a client brings up the subject of the abortion pill, the counsellor should clarify that abortion pills are not legally available in Ireland and it is illegal to purchase medicines on-line.

Women should also be advised that it is unsafe to take the abortion pill without medical supervision.

Reacting to the HSE report, Cora Sherlock of the Pro Life Campaign said it was “of grave concern” that the horrendous practices exposed by the Irish Independent were treated in a “mild way” with “no suggestion of any sanctions for the counselling agencies involved.”

She said it showed the HSE had not given the issue the attention it deserved.

“The stance of the HSE to date has been to ignore the wrongdoing exposed. By failing to strongly condemn the practices at IFPA-run clinics, the HSE is sending out a message that it is okay for counselling agencies to encourage women to lie to their doctors and to falsify medical records. This is in effect facilitating a cover up of life-endangering practices.”

Ms Sherlock also commented on the double standards of the HSE’s Chief Executive, Tony O’Brien, who recently praised the undercover reporters who investigated the treatment of mentally handicapped and elderly people at Áras Attracta Care Home in Swinford, but paid no attention to the undercover exposé of the practises at the IFPA.

“The glaring double standard demonstrated by Mr O’ Brien, who is also a former CEO of the IFPA, is unacceptable. What has been revealed in the Mayo Nursing home case shows the importance of undercover investigations,” she said.