Forum calls for new end of life strategy for Ireland

We must get end of life care right, says Irish Hospice Foundation 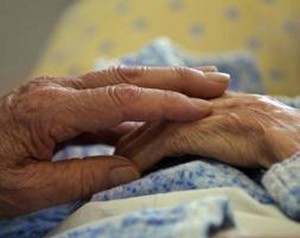 The National Council of the Forum on End of Life in Ireland has called on the Government to prepare a national end of life strategy for Ireland and to fulfil its pledge to bring in legislation to strengthen the patient’s voice in healthcare decisions.

The call came at the conclusion of a conference on Thursday in Dublin. Forum 2013, which was attended by 300 public and healthcare professionals, explored the theme ‘Length of Days – Quality of Life.’

Introducing the day, Jean McKiernan, Chairperson of the Irish Hospice Foundation (IHF), told delegates that Ireland currently had one of youngest populations and the lowest proportion of people aged over 65 years in the European Union.

“But this is changing. Irish people are living longer than previous generations. In 2011, there were over half a million people aged over 65. It is estimated that 30 years on, that number will reach 1.4 million.”

About 29,000 people die each year – three quarters over the age of 65 years, she said. “So there will be more of us, living longer and living with chronic illness such as dementia. What about the quality of life at the end of life? We only have one chance to get end-of-life right.”

Forum 2013 consisted of a series of talks and workshops on various aspects of end of life care. A personal reflection was delivered by author and poet Theo Dorgan at the end of the conference.

Among those addressing the conference was Fergal Keane, Award winning BBC Special Correspondent and author.  He quoted the Prague Charter, and called for it to be implemented, not just in western societies, but also in Africa:

During the day, a collective work of art, developed by art teacher, Aideen Gough, was also unveiled. In the run-up to the conference, individuals contributed small rectangles of hessian cloth decorated with the initials of someone significant (alive or dead) in their life.

“Death is a taboo issue. The State should take the lead in starting a national dialogue on dying, death and bereavement,” Justice Catherine McGuinness said.

“This is an historic opportunity for Ireland,” Sharon Foley, Chief Executive Officer of the IHF, said. “The IHF believes that reviewing the care of the most vulnerable members of our society is both worthwhile and essential. As a country, we need a national end of life and bereavement strategy to plan for what is inevitable, to ensure there is no absence of care, no ignorance of need and that we get end-of-life care right.”

The conference took place as the Joint Oireachtas Committee on Health and Children started its hearings on end-of-life care in Ireland. The IHF and the Forum on End of Life in Ireland made presentations on Friday.