A group representing Irish families whose babies may not live long after birth has sharply criticised a UN Human Rights Committee’s ruling on Ireland’s abortion ban.

The UN committee’s ruling on Thursday called for Ireland to amend its laws on abortion “including if necessary its Constitution” to ensure compliance with the [UN] Covenant, “including effective, timely and accessible procedures for pregnancy termination in Ireland” and “take measures to ensure that healthcare providers are in a position to supply full information on safe abortion services without fearing being subjected to criminal sanctions.”

The decision of the UN Human Rights Committee arose from a case brought by Amanda Mellet and filed by the European Centre for Reproductive Rights.

In November 2011, when Ms Mellet was just over five months pregnant (21 weeks), she was informed that her baby had congenital defects and would die in the womb or shortly after birth.

She went to England for an abortion, travelling home twelve hours after the termination as she could not afford to stay longer.

The hospital where she had the procedure had no means of returning her baby’s remains to her, and she had to leave them behind. Some weeks later the baby’s ashes were sent back to her by courier. 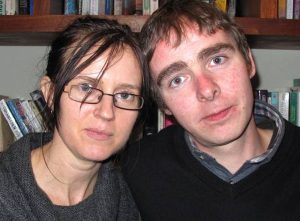 According to the UN Human Rights report, Ms Mellet had to pick “between continuing her non-viable pregnancy or travelling to another country while carrying a dying foetus, at personal expense and separated from the support of her family, and to return while not fully recovered” and it ordered the  Government to compensate her.

“Many of the negative experiences she went through could have been avoided if (she) had not been prohibited from terminating her pregnancy in the familiar environment of her own country and under the care of health professionals whom she knew and trusted,” the UN committee said.

However, the advocacy group for families with children with life limiting conditions, Every Life Counts, said the UN had deliberately ignored the experiences of families who had received great joy and love from carrying their babies to term.

“It was shameful for the UN to ignore the fact that these children were alive and kicking in the womb, and deserved equal protection and love,” said Tracy Harkin from Every Life Counts.

“The language used by the UN reflects the appalling attitude of discrimination which is pushing families towards abortion, and denies them time with their sick babies, time that allows them to make memories and provides a pathway to healing.” 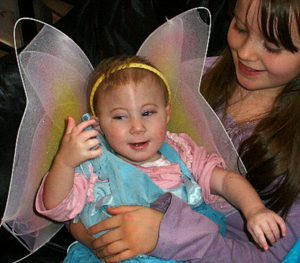 Kathleen Rose Harkin with her sister.

Ms Harkin, whose daughter Kathleen Rose was diagnosed with a life limiting illness, Trisomy 13, said the organisation’s  experience with their children, “whether their lives spanned hours, weeks or years” taught them “that abortion solves nothing and brings no comfort to either the baby or the family involved.”

Recent research shows that abortion causes significantly more despair and depression for women in this situation.

The paper by Heidi Cope, Melanie E. Garrett, Simon Gregory and Allison Ashley-Koch investigated a “diagnostically homogeneous” group of 158 women and 109 men who lost a pregnancy to anencephaly.

It found that women who terminated reported significantly more despair, avoidance and depression than women who continued the pregnancy.

Organisational religious activity was associated with a reduction in grief in both women and men.

The report concluded that there appeared “to be a psychological beneﬁt to women to continue the pregnancy following a lethal fetal diagnosis”.

The Every Life Counts spokeswoman said that it was appalling to see the UN Committee on Human Rights  pressing for abortion on disability grounds.

“They should instead be recognising that Ireland is seeking a compassionate and progressive solution which supports and protects both mother and baby.”

Commenting on the decision, Cora Sherlock of the Pro Life Campaign said the UN’s Human Rights Committee had become a “de facto lobby group for abortion”.

“Every few months they castigate Ireland’s abortion laws but are totally silent when it comes to investigating abuses in the abortion industry,” she said.

“The same committee that is always challenging Ireland on its abortion laws has never once taken countries like Britain and Canada to task over the horrific practice of babies being born alive after failed abortions and left to die in hospital corners.”