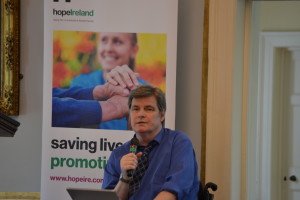 More than 50% of all Dutch physicians have performed euthanasia in the last 10 years and as many as 86% are willing to carry one out.

This was one of the facts highlighted at the inaugural Hope Ireland conference at the RDS on Saturday aimed at highlighting the consequences of legalised euthanasia and assisted suicide.

In his address to the conference, Henk Reitsma highlighted that there has been a 14% increase year on year in the numbers of cases of euthanasia in Holland since it was introduced there.

“Where one legalises euthanasia, incremental widening of the law is unavoidable,” he warned.

“Effectively ‘being tired of life’ qualifies for euthanasia in Holland. Fear of impending pain and loneliness and feeling a burden are motives often cited for euthanasia. Solidarity is waning in our culture and we run the risk of devaluing life”, he said.

In his analysis of the shifting perceptions on the issues, he said researched showed that “Nearly 90% of all physicians feel that society should have more attention for the burden euthanasia brings with it for the practicing physicians.” 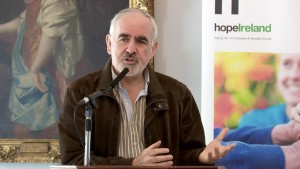 Tom Mortier, a professor of chemistry at Leuven University College, spoke to the conference via skype from Belgium.

He explained that he had never been an activist but when his depressed 64 year old mother Godelieva De Troyer was euthanized on 19 April 2012, at the hands of an oncologist, Wim Distelmans, not her psychiatrist of 20 years, he began to ask questions.

Euthanasia killings in Belgium and the Netherlands have spiked in recent years, especially for people with mental illness or depression, and the elderly who don’t want to go to nursing homes.

Director of Hope Ireland, Kevin Fitzpatrick, said the newly launched organisation was set up to resist the move to legalise assisted suicide and euthanasia in Ireland. 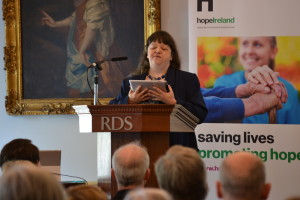 “Those defences in law cover every citizen of Ireland and must be maintained, strengthened if possible, not overthrown,” Dr Fitzpatrick said.

“We must look to the experience of other countries and states where we can see once euthanasia and/or assisted suicide is legalised those laws are very quickly extended to people who are not terminally ill at all, most often targeting vulnerable people.”

Dr Fitzpatrick, who is disabled for 42 years as a result of a spinal cord injury, warned “When you introduce a law you create the conditions for other people to die or to be threatened with that.”

“What we want people to do is to pause – not to simply accept that this is the right thing to do. It is not. There are too many terrible consequences when you turn this into a law.”

He also warned that people with disabilities and the elderly are in the frontline in those countries which have introduced euthanasia and assisted dying.

“As you will have seen from the examples that were used today, they [those being euthanized or availing of assisted suicide] were almost universally disabled people who were dying and the majority of them were not at all terminally ill.”

“We have to be clear that what the law must first do is protect them – what we want is the right of every Irish citizen to the best possible care first and if that was already in place we might not even be having this discussion.” 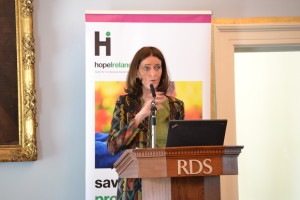 Professor William Binchy gave a legal review of the position of other countries in this area. He told Catholicireland.net, “The position seems to be both in Ireland and abroad that the judiciaries do not hold that there is a right to assisted suicide – that they are equally willing to let legislators develop laws in this area.”

Referring to the Canadian Supreme Court’s decision to strike down the law against assisted suicide in a unanimous ruling, Professor Binchy said that in that move the Supreme Court actually insisted that the legislation be introduced providing for assisted suicide. “That decision will undoubtedly attract a great deal of attention internationally,” he said.

He underlined that human rights philosophy involves recognition of the equal value and worth of every human being.

“The debate on assisted suicide is in its early stages – I think those who take the view that every human being’s life is inherently valuable should be able to argue very strongly – as has been the accepted internationally to a very wide scale – that the protection of the vulnerable from a change in medical culture absolutely justifies the existing prohibition on assisted suicide,” he said.

He warned that if assisted suicide were to become lawful “those who are vulnerable, who are old, who are disabled, would likely feel concerned that they would be a burden on society and the pressure on them would be that they should remove themselves from that society.”

Professor Binchy added that if assisted suicide is introduced as a legal entitlement, the medical profession would be asked to divert from a very strong value which had been there for thousands of years through the Hippocratic oath.

He said some of the prejudices bandied around on ageing and disability would not be tolerated about race or sex.

“Not wanting to be a burden is the greatest burden of all” he told the conference and said the portrayal of caring must be challenged as better care is the solution.