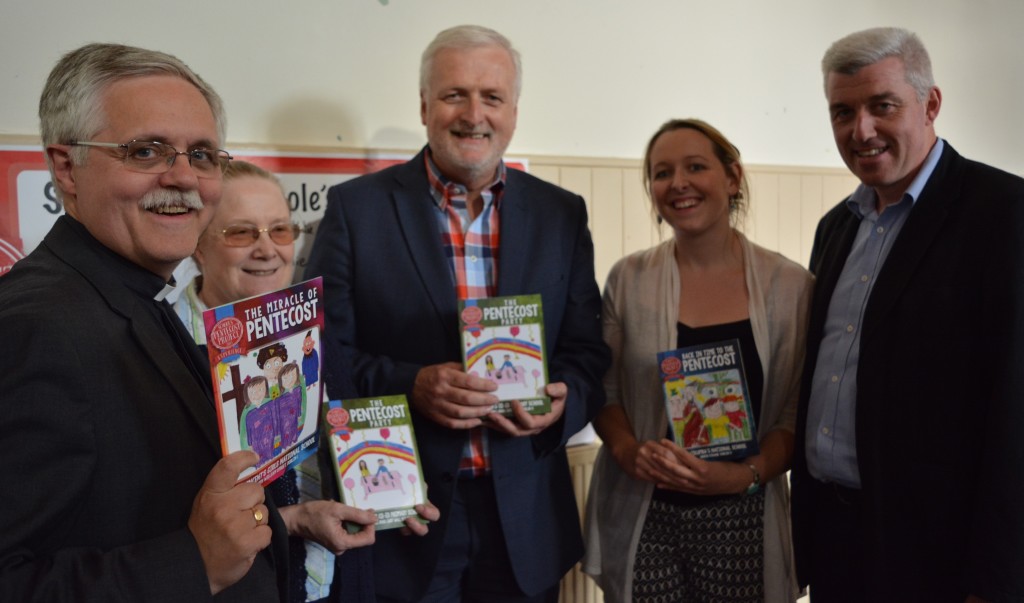 Ecumenical Bible Week is a week-long celebration of parish-based events around Dublin and surrounding areas focused on Scripture.

Now in its third year, Ecumenical Bible Week 2016 will run from Sunday 15 May to Sunday 22 May (Pentecost Sunday to Trinity Sunday).

The theme chosen this year is ‘In the beginning God created…’ (Gen 1:1) and this will explore Christian attitudes to the crisis of the environment and global warming.

EBW 2016 will feature 45 events, across 13 locations in Dublin, Kildare and Wicklow, with over 40 presenters. There’ll be debate, talks, music and lots of participation the organisers have promised.

Last year, CatholicIreland.net followed events at EBW 2015 and ahead of this year’s series of talks recalls the closing session, ‘Thinking Allowed: What is the Spirit Saying to the Churches?’

As one of the organisers of an event that has only taken place twice, he is delighted it has been so well supported across the different Christian traditions.

Ecumenical Bible Week started in 2014 as an experiment which flowed from the ecumenical dimension of the 50th International Eucharistic Congress. In an effort to tap into that collaboration, the Rev Ken Rue, a priest of the Church of Ireland, came up with the idea of an Ecumenical Bible Week – one week in the year when the different traditions would read, pray and celebrate the Bible together. 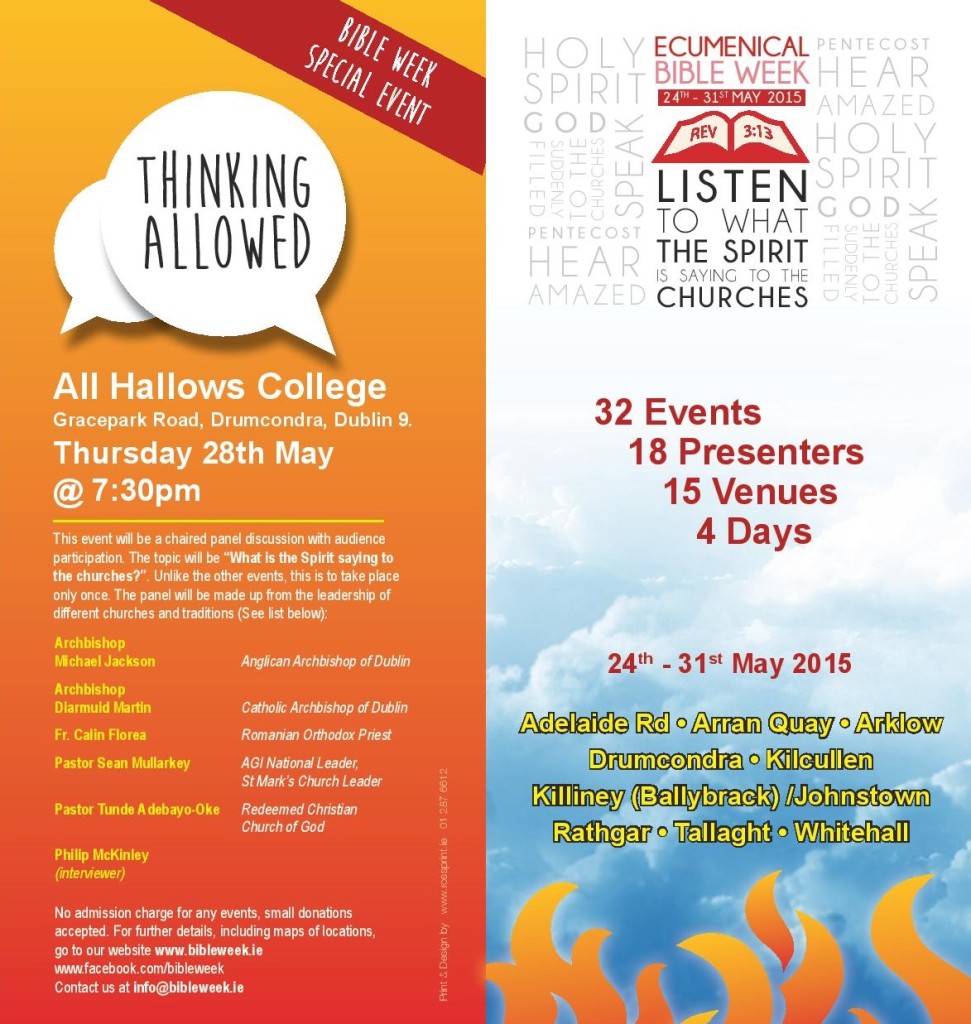 Last year, all the churches celebrated Pentecost on the same day and so Ecumenical Bible Week took place from Pentecost to Trinity, under the title “Together in one place: exploring the Bible again for the first time.”

Gerard Gallagher of the Office of Evangelisation in the Archdiocese of Dublin told CatholicIreland.net that at the end of Ecumenical Bible Week 2014, “everyone said let’s do it again”. He explained the Churches involved were “encouraging each other to explore the Bible together” and in the process sharing venues and the leadership of the week. 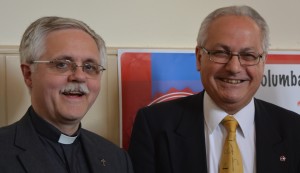 The Catholic and Church of Ireland dioceses of Dublin and Dublin & Glendalough are the principal donors for the week.

“There are costs but we invite sponsorship or donations from other faith groups as well. Not all of them would have the means but we aren’t excluding them if they don’t,” according to Gerard Gallagher.

The faith groups involved are represented on a plenary group which acts as an umbrella for everyone from the Orthodox tradition to Quakers to Evangelical groups and some movements like the Mothers Union and other groups with a faith component.

The Scripture Union is also involved with schools through a programme called the ‘Pentecost Project’ which seeks to nurture and develop scripture through art and digital art. 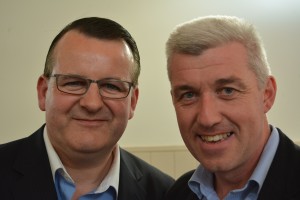 In 2015, the theme of Ecumenical Bible Week was ‘What is the Spirit saying to the Churches?’

A series of 32 presentations were offered in 15 venues across Dublin, Kildare and Wicklow over the week from Pentecost Sunday to Trinity Sunday (24 to 31 May).

The presentations are aimed at the interested ordinary believer or enquirer.

The week brought together representatives of Ireland’s main Christian Churches as they explored and studied the application of the Word of God to life and culture.

While the focus was on the Bible, it was looked at from different perspectives. Some presentations use the lens of film, music, ethics and law to examine the Bible. But traditional approaches such as prayer (lectio divina), how to open the Bible and how to organise a Bible study group, are also part of it. 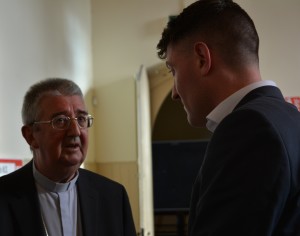 For instance, Sr Celine Mangan discussed the Bible and Ecology in St Mattias’ Church in Killiney one evening while at lunchtime on another day in St Paul’s Church on Arran Quay in Dublin, Éibhlís NicUaithuas looked at the Bible for Beginners.

Later at the same venue in the evening, Andrew Fanthom, coordinator of the Scripture Faith Sharing Group in Rathmines parish called ‘Salt of the Earth’ presented ‘The Gospel in our Lives’.

Dr Kieran O’Mahony himself gave a talk on ‘Jesus Breathed on Them’ – the gift of the Spirit in the Fourth Gospel at Lutherhaus House on Adelaide Road in Dublin. Another contributor to the week is a spokesman for the Armenian community in Ireland, Dr Paul Manook, and he looked at the Lord’s Prayer in Aramaic, the ancient language used by Jesus.

According to Gerard Gallagher, Ecumenical Bible Week is an invitation to the general inquirer. “Whatever stage you are at in terms of curiosity about the Bible – whether you are a scholar or a novice – there is something for everyone to be part of.” 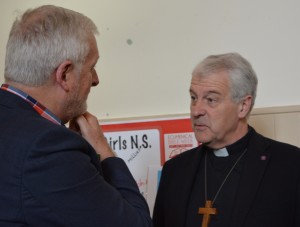 The schools were involved in producing their own comic strip based on the story of the Pentecost. The resources provided to them includes explanatory video workshops with O’Brien Press’ graphic illustrator, Alan Nolan.

Local parishes worked with the schools to choose winners whose work was displayed during Ecumenical Bible Week.

The highpoint of this year’s Ecumenical Bible Week was ‘Thinking Allowed’ in All Hallows College which brought together five church leaders to discuss the question ‘What is the Spirit saying to the Churches’ which is a quotation from the Book of Revelation. Attended by up to 200 people, it was standing room only at the All Hallows venue. 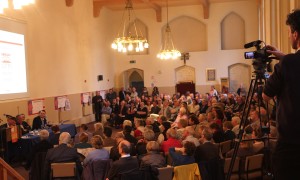 ichael Jackson of Dublin & Glendalough, Fr Calin Florea of the Romanian Orthodox Church in Ireland, Pastor Sean Mullarkey of St Mark’s Church and Pastor Tunde Adebayo-Oke of the Redeemed Christian Church of God, had roughly seven minutes to outline their thoughts. They were interviewed by Philip McKinley.

The aim was for the Church leaders to speak personally and say what their gut insight is as to where the Spirit is nudging the Christian body into the future.

This was then followed by an open forum where the audience may ask questions or make comments.

What is the Spirit saying to the Churches? 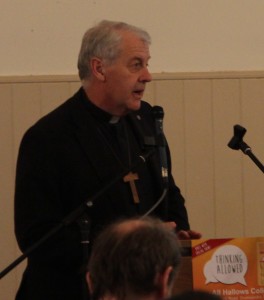 The Spirit is saying to the churches:

Please do not disregard Apocalypse; please do not confine your understanding of it to Late Night Television and, as members of a sophisticated but self-indulgent society, do not cheapen the reality by laughing at the imagery. If you really want to, you can make the distinction.

Apocalypse comes from a noble and ancient tradition of response not least to the exotic and the inaccessible character of God. It was hammered out in a situation of intense persecution. The Lord’s Prayer is apocalyptic as are Gospels and St Paul.

Please say The Lord’s Prayer regularly together. It has become something which you have long ago begun to associate with children and you fail to let it grow with you and to let yourselves grow into it. 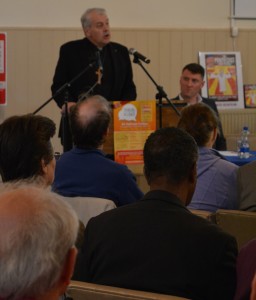 If we have no contemporary understanding of who and what heaven is that is acceptable to our modern sophistication and loneliness, we need to start developing one and to make this fulcrum the focus and scaffolding of our mission.

Please connect your witness with the rest of the witness of Christian people in the Middle East and the Near East. Across the heartlands of Christianity, followers of Jesus Christ endure and sustain unspeakable human suffering and degradation, intimidation and displacement. They carry the cross of Jesus Christ in tangible and tactile ways that are unimaginable to us. They continue to witness in suffering on the Day of Pentecost by their presence.

On their witness in life and martyrdom in death we are reliant for the faith that is ours to enjoy and in which we delight. As we pray for the peace of Jerusalem, we pray for the life of all peoples of the Middle East and the Near East, foe and friend alike. We pray for the fruit of the Spirit: love, joy, peace (Galatians 5.22). You, like me, need to listen to them and to develop with them a new Liberation Theology of solidarity based on obedience, cross-carrying and witness that is nothing like anything you remember – precisely because you have forgotten it has anything at all to do with you. 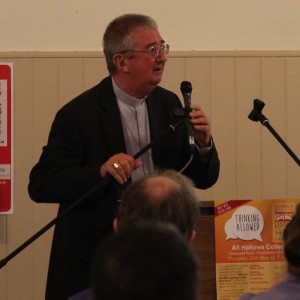 What is the Spirit saying to the Churches?

Where do I converse when I want to see what the Spirit is saying to me and the Churches. I go back to the early chapters of the Acts of the Apostles, where we have an almost direct indication of the thing the Spirit does to men and women when we allow the Spirit to enter into our hearts.

The first thing, the Spirit changes us. The Spirit never leaves me in the position of an observer, outsider, a remote and dispassionate, much less a cynical commentator. 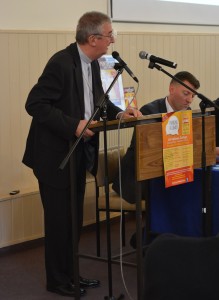 The Spirit consolidated what happened on Pentecost by following those early Christian communities as recorded in the Acts of the Apostles.

They devoted themselves to the Gospel teaching, in the breaking of bread, prayers, many wonders and signs were being done by the Apostles, all who believed were together and all things in common.

Sold possessions and goods and the proceeds went to all in need. Day by day they spent much time together in the temple, they broke bread together at home and made their food with glad and generous hearts.

And the Lord added to their number day by day. 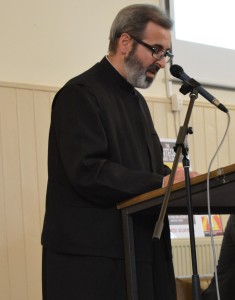 The Orthodox tradition confesses that the Holy Spirit dwells and speaks in the Church as it spoke in the Scriptures in the past.

God said I will dwell in them and work among them.

At the same time, one must remember that on the first day of the week, when the risen Christ appeared to the Apostles, they did no

t yet believe – it was necessary then that Jesus open their eyes so that they might understand the Scriptures.

When he had said this, he breathed on them and said ‘Receive the Holy Spirit’.

One might say the Holy Spirit was given then to the Apostles to authorise them to witness.

Leader of St Mark’s Church & of the Assemblies of God 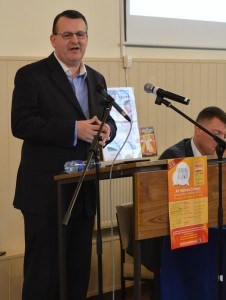 Through the power of the Holy Spirit, he gives an account of all he sees. And then the Lord in his magnificence, begins to express through John and the writing we have in the Book of Revelation, what he wants to say to the seven churches: Revelation chapter 2 and chapter 3.

The seven love letters from the groom seeking to find his wife.

We don’t have to look very far as Christians in order to understand the love of God is brought up to us, we just have to look to the cross. God sent Jesus.

God is love and his love knows no bounds. And when Jesus in Matthew 22 was trying to sum up the law of the Prophets he said ‘Love the Lord Your God with all your heart, all of your soul and all of your mind and love your neighbour as yourself.’ 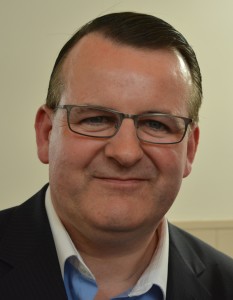 In the Book of Revelation Chapter 2, he is speaking to the church in Ephesus.

I find myself as a pastor, as a husband, as a father, as a neighbour cut to the heart in the way in this modern life my love has grown cold.

The other day I was able to say to my wife ‘I’m sorry’. That is all we need to say – ‘I am sorry God for neglecting and ignoring and forsaking you as my first love.’

Help me to be the loving expression of your Spirit – help me to express the word of truth lovingly into a world of chaos and badness.

National Overseer of the Redeemed Christian Church of God in Ireland 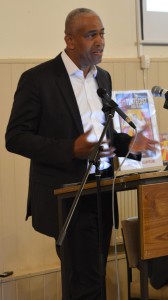 As a Pentecostal Christian, as all Christians do, I believe the word of God is not in exotic words but in power and we find our path by walking this path.

To be Christ like, means everything Jesus did we ought to do and more by a close relationship with the Holy Spirit.

If you spend time with the Holy Spirit he does amazing things.