Home > News > Dozens killed in attack on Christians in Lahore

Dozens killed in attack on Christians in Lahore 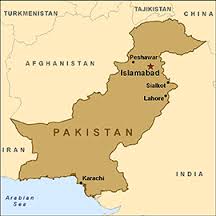 On Easter Monday (28 March 2016) Pope Francis called for a moment of prayer in St Peter’s Square for the victims of the terrorist attack in Lahore, Pakistan.

More than 70 people were killed, as Christian families celebrating Easter were targeted on Sunday.

“Violence and murderous hatred lead only to pain and destruction; respect and fraternity are the only way to achieve peace,” said Pope Francis.

“The Passover of the Lord inspires in us, in an even more powerful way, prayers to God so that he stops the hands of the violent, who spread terror and death; and makes it possible for love, justice and reconciliation to reign in the world.” 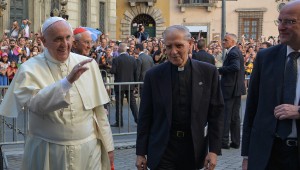 Pope Francis led those gathered in St Peter’s Square in a ‘Hail Mary’ for the victims and their families.

He expressed his “closeness” to all those affected by what he called a “cowardly and senseless crime” and asked all those present at his Regina Coeli address to pray for the victims and their loved ones.

He appealed to the civil authorities and to all the social groupings of Pakistan to help to restore security and peace to the people, especially to the most vulnerable religious minorities.

The suicide bomber targeted a park crowded with families for Easter Sunday and the Taliban-affiliated Islamic militants Jamaat-ul-Ahrar claimed responsibility for the attack and stated that it had been targeting Christians.

However, there were also many Muslims among the dead which included many children.

Hundreds more were injured by the bomb, which was packed with ball bearings, and exploded near a children’s play area in the park in Lahore.

There have been many attacks on Christian churches and buildings in Pakistan in recent years.

This time last year two bomb blasts killed at least 14 people near two churches in a Christian neighbourhood in Lahore.

At least 80 people were killed in an attack on a church in the Pakistan city of Peshawar in 2013, in what is thought to be the deadliest ever attack on the country’s Christians.

Aid to the Church in Need (ACN) in its regional reports stated that in many Muslim-majority countries, such as Afghanistan, Pakistan, and Bangladesh, the Church (Catholic) is a poor minority struggling for a place in a large, Muslim society where  is the state religion.

“In Pakistan, for example, the Constitution states that Islam must be the basis for all legislation and all Pakistani citizens must live according to Muslim principles. Legal discrimination against Christians is common, as is violence and other forms of social pressure,” states ACN.

In neighbouring Afghanistan, Islam is also the state religion, the ACN report states, and while Christians are guaranteed the right to worship by the Constitution, decades of war and years of Taliban rule have left democratic institutions and judicial systems weak.

This has led to a climate of intolerance which can manifest in harassment and violence against both moderate Muslims and religious minorities.

1.6% of Pakistan’s population, about 2.8 million people are Christian.