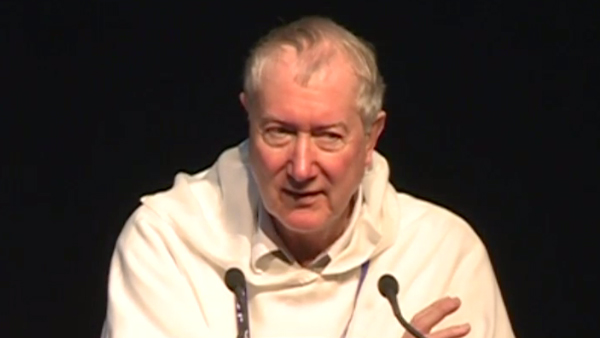 There is “little point in bemoaning the loss of the Christian identity of others if we ourselves are not convincingly witnessing to the person of Jesus Christ in the way we live,” Archbishop Diarmuid Martin of Dublin told a packed Divine Mercy conference on Saturday.

Presiding over the Mass on the first day of the two-day event at the RDS, the Archbishop said the place of the Church in Irish society “is not determined by political actions, political reflection or media comment, but on how we live out the faith.”

The Primate of Ireland recalled the Mass readings for that day and referred to the teachings of St Peter as he warned, “Never be a dictator over any group that is put into your charge.”

“You should not attempt to impose faith,” Archbishop Martin continued and added, “Transmitting the faith comes only when we are the example that the whole flock can follow.”

The Archbishop of Dublin also acknowledged in his homily that the Church hasn’t always “lived up to its teachings perfectly”.

He told the over 3,000 faithful assembled for the Mass that not all those called to be followers of Jesus had “lived up to their calling.”

“Many elements have crept into the church as an institution and into the lives individual Christians which have distorted the image of Jesus and driven people away” from the faith, the leader of the Church in Dublin said.

Discussing why the Church has such difficulty in passing the faith on to young people, the Archbishop warned the assembled devotees that no one will come to the catholic faith if the Church appears to be an organisation which is “out to defend just its own interests”.

Reaching out to young people and those outside the church was not about presenting “a package of dogmatic formula or a checklist of morality” but witnessing to the good news of the Gospel.

He said the place of the Church in Irish society “is not determined by political actions, political reflection or media comment, but on how we live out the faith.”

Archbishop Martin’s comments were made in the context of a boycott of the conference by some conservative catholic groups, such as the EWTN television presenter, Kathy Sinnott, and the National Consecration of Ireland to the Immaculate Heart of Mary (SCNCI) who objected to the participation of Dominican, Fr Timothy Radcliffe, as a keynote speaker.

Former MEP, Kathy Sinnott, claimed “many Catholics in Ireland are concerned” that he had been invited because of his “stated views on human sexuality and in particular on homosexuality.”

In his address in the RDS on Sunday, Fr Radcliffe warned that “some people use religion to satisfy their judgemental attitudes” and to “sacrifice people at the altar of their indignation”.

He said the faithful needed to stop talking abstractly about compassion and embrace people. Discussing the theme of forgiveness, Fr Radcliffe described it as the fertility of God’s grace in our lives.

“So often people are indignant with the sinfulness of others,” he said.

He recalled the life changing moment of 19th century French Dominican, Fr Marie Jean-Joseph Lataste, when he was asked to preach a spiritual retreat at a prison for women.

Asking himself, what would happen to these women when they left prison, he believed society would stigmatise them as former prisoners.

The priest decided to found a new religious congregation specifically for women coming out of prison, called House of Bethany.

The Oxford-based writer and spiritual director expressed concern over the fact that children in Ireland and Britain are arriving at school hungry.

“Twenty years ago there were no food banks in Britain and now there are 500. Britain is the seventh wealthiest country in the world, yet hunger is back.”

He noted that Christianity is the only religion to put forgiveness at the heart of the faith.

Elsewhere in his address, Fr Radcliffe expressed his regret that confession is so neglected. He recalled that just ahead of ordination, he was having some doubts but that it was hearing people’s confessions which reconciled him to the priesthood.

He said forgiveness could not be forced prematurely, particularly where the wounds were deep. It had to be a process like the blooming of the flower in the Sahara desert, which couldn’t be forced up, it was watered and then must be waited for.

“Every human life can flower”, he said.