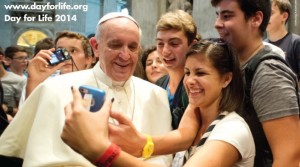 Donal Walsh, the Irish teenager who promoted an anti-suicide message while battling cancer, is the inspiration for the Irish Church’s Day for Life which is celebrated today.

In an interview broadcast by the Irish Bishops’ Conference, Bishop Brendan Leahy described the teenager as “a wonderful example” who had “encouraged us all to really value the gift of every moment.”

The Bishop of Limerick said that the teenager from Kerry wanted people to look around them and value the fact that every day is a gift and there are loads of opportunities to protect and cherish life.

This year’s theme for the Day for Life is ‘Protect and Cherish Life’ and it urges people to ‘Live Life!’

The Day for Life is celebrated annually by the Catholic Church in Ireland, Scotland, England and Wales. It is a day dedicated to raising awareness about the meaning and value of human life at every stage and in every condition.

On behalf of Pope Francis, the Vatican Secretary of State, Cardinal Pietro Parolin published a special message in support of this year’s Day for Life.

It stated that the Pope hoped that the “annual witness to the sanctity of God’s gift of life will inspire the faithful, and young Catholics in particular, to combat the culture of death, not only by working to ensure adequate legal protection for the fundamental human right to life, but also by seeking to bring the merciful love of Christ as a life-giving balm to those troubling ‘new forms of poverty and vulnerability’ (cf. Evangelii Gaudium 210) which are increasingly evident in contemporary society.”

“To all involved in the Day for Life celebrations,” Pope Francis imparted his Apostolic Blessing “as a pledge of wisdom, joy and peace in the Risen Lord.”

The day for life is an initiative which was started by St John Paul II.

Today, the Church also celebrates Rosary Sunday as it is the Sunday closest to the feast of Our Lady of the Rosary (7 October).

This year coincides with the 60th anniversary of the Rosary Rally of Fr Peyton, as well as the Marian Year of 1954.

At the press conference following their autumn general meeting, the Bishops highlighted that Rosary Sunday is an invitation to people in parishes, in homes, in religious congregations to pray the Rosary for the intention of the Family, linking in with those gathered in Rome for the Synod on the Family.

The Bishops also highlighted that October is Mission month and thanked all those who generously support the Church’s missionary work.

They have asked that the faithful to support events throughout Mission Month, the theme of which is, ‘That they may have life’.

The National Day of Prayer for Children, which is organised by Missionary Children/World Missions Ireland, will take place in Rathmines Parish Church in Dublin on 10 October.

The event is now in its seventh year and celebrates Irish children praying for and sharing with their counterparts all over the world.

She added, “Children love to pray, they feel a part of something that is bigger than them and it is a beautiful occasion to witness.”

Psychiatrist, Professor Patricia Casey, praised the initiative saying, “The idea of children praying for children is a wonderful idea. It lends an inclusiveness and gives children space to think of other little children who are less fortunate than they are. Prayer brings comfort, a feeling of being remembered and valued and it is all very positive”.