Cliff Richard “poured my heart out” to God after allegations 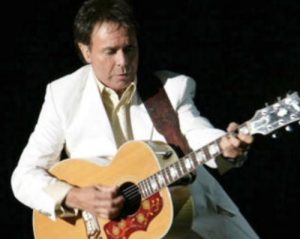 Sir Cliff Richard has spoken about the support he received from his “faith, fans and friends” during his battle with sexual assault allegations.

In July Sir Cliff won his High Court battle against the BBC over its coverage of a police raid on his home and was awarded £210,000. During the hearing the British pop singer told the judge that the coverage, which involved the use of a helicopter, was a “very serious invasion” of his privacy.

Mr Justice Mann heard that in late 2013 a man made an allegation to the Metropolitan Police that he had been sexually assaulted by Sir Cliff in 1985. The allegations were passed to South Yorkshire Police in July 2014 who raided the singer’s home. Sir Cliff denied the allegation and was never arrested. In June 2016, prosecutors announced that he would face no charges. Sir Cliff sued the police, which ultimately settled the case for £400,000.

In a radio interview with Miriam O’Callaghan on RTE Radio One on 9th August, the popular singer described how his faith got him through the trial. “My faith, my fans, friends, my family – they never left me alone. I was never ever alone all that period, so I survived a lot of it because of that. There’s no doubt, when your friends stay and they all go to bed, you go to bed and suddenly you’re on your own. But I never felt alone. I was always able to speak to God, pour my heart out and I think that was very good for me.”

As a Christian, he said, he had heard about forgiveness. “I forgave my accuser very early on. I think the third night I woke up about 3am and for 22 months and two days I didn’t sleep on average for more than two or two and a half hours, and I woke up that third night and I thought, I don’t know how to do this because I’m beginning to hate. How could he do this to me?”

But Sir Cliff was able to forgive him. “Now the interesting thing is, he wouldn’t have known that I forgave him. It was really for my benefit that I forgave him. I felt better not having that hate burning in my heart anymore – but frustration was there and it’s just one of those things and it was very helpful.”

Sir Cliff, who was born Harry Rodger Webb, paid tribute to the support of his fans. “I came up one day and went to my front gate and it was covered in yellow ribbon and I thought, this is fantastic. Nobody that knows me at all could believe what happened. I pray that I’m stronger for it,” he added.

He also praised Irish friends like Daniel and Majella O’Donnell and Gloria Hunniford who stuck with him through the dark times. “They were among the first people to come and stay with me. It’s a great comfort to me.”

Sir Cliff will play in Killarney on Thursday 27th September, in Dublin on Saturday 29th September and in Belfast on Sunday 30th September.